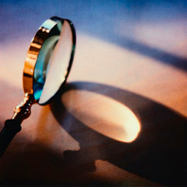 I was prepping a box chock-full of copies of my novel to head out the post office — some agencies ask for one and bill the writer for photocopying after the book sells, others have the author do the copying herself, which is usually less expensive; my agency falls in the latter category — when it hit me that this was a book that I never had to query. I just told my agent about it, and we went from there.

Which made me wonder: had I mentioned here that while selling the first book project to an agent is notoriously difficult, as anyone who has submitted a book knows, but that subsequent projects are comparatively a piece of cake?

Translation: once you get really, really good at querying and reap the rewards by landing an agent, chances are that you’ll never have to do it again.

The Peter Principle in action, my friends: the system is set up to promote the most gifted queriers out of the querying realm. Oh, you will need to write synopses for future works, and you might be asked to pen some marketing material, but cold-querying, no.

While you are in the querying stage of your career, it’s is a good idea to have several out at a time, rather than only one. Since response times can be slow, sending out one and waiting for a response before mailing the next can cumulatively add months or even years to the querying process — from which it is your goal to graduate, right?

Seriously, ignore the astonishingly long-lived rumors circulating out there that claim that agents get miffed if you query more than one of them at once. Manhattan-based agents, bless their harried little hearts, tend to people who get impatient if the guy in front of them at the deli counter is taking an extra thirty seconds to decide whether he wants turkey on rye or roast beef on a bagel — waiting a month or two between marketing attempts would not really be their style, were they limping along in your moccasins.

Unless their agency literature specifically says that they will accept only exclusive queries and submissions, they EXPECT writers to be querying rafts of agents simultaneously. So don’t let the rumors to the contrary discourage you from querying widely.

This does not mean that I would advise sending out 50 queries simultaneously — it’s just too hard to keep track of that many. Also — and I hesitate to mention this, but it happens — this strategy substantially increases the likelihood of opening your mailbox to discover more than one rejection in a single day’s post, an eventuality that would knock even the most confident aspiring writer for a loop.

Call me zany, but I would like to see you get through this process with as few bootless cries of “Why me?” flung in the general direction of the heavens.

As I mentioned yesterday, it’s a great idea to have your list of agents ready, so you can send out a new one the very day a rejection comes in — or two, if the aforementioned mailbox contretemps should befall you, heaven forefend. That way, you can do something constructive in response to that silly form letter, rather than letting the negative feelings sink into your psyche long enough that you start to believe them yourself.

And remember: no matter how much an agent may insist that “there’s no market for this right now” or “there’s not enough money to be made with this book,” and no matter how prominent that agent may be, ultimately, a rejection is one person’s personal opinion. Accept it as such, and move on.

But before you do, make sure that your query does not contain any red flags that might be preventing your work from getting a fair reading.

This is not just a good idea strategically — it’s a good idea psychologically as well, if you’re in the biz for the long haul. Unfortunately, many writers automatically assume that it’s the idea of the book being rejected, rather than a bland querying letter or a confusing synopsis. Or, still more hurtful, that somehow the rejecting agents are magically seeing past the query to the book itself, decreeing from without having read it that the writing is not worth reading — and thus that the writer should not be writing.

This particular fear leaps like a lion onto many aspiring writers, dragging them off the path to future efforts: it is the first cousin that dangerous, self-hating myth that afflicts too many of us, leading to despair, the notion that if one is REALLY talented, the first draft, the first query, and the first book will automatically traject one to stardom.

It almost never works like that: writing is work, and part of that work is being persistent in submitting your writing.

Instead of listening to the growls of the self-doubt lion, consider the far more likely possibility that it is your marketing materials that are being used as an excuse to reject your queries. If you can ever manage to corner someone who has worked as an agency screener for more than a day, believe me, the FIRST thing she will tell you about the process is that she was given a list of red flags to use as rejection criteria for queries. And, oddly enough, many of these criteria are not about the book project at all, but the presentation of the submission packet.

The single most common culprit, believe it or not, is typos. (And no, that was not a typo.)

Read over your query letter, synopsis, and first chapter; better still, read them over AND have someone you trust read it over as well, checking for logical holes and grammatical problems. The best choice for this is another writer, ideally one who has successfully traversed the perils of the agent-finding ravine already. Writing groups are also tremendous resources for this kind of feedback, as are those nice people you met at a conference recently.

Remember, we’re all in this together, my friends; let’s help one another out.

But long-time readers, chant it with me now: avoid using your nearest and dearest as proofreaders, much less content readers. As much as you may love your mother, your spouse, and your best friend, they are, generally speaking not the best judges of your writing, unless they have won a Nobel Prize in Literature recently.

And often not even then. Look to them for support and encouragement, not for technical feedback. Find someone whose opinion you trust — what about one of those great writers you met at the last conference you attended? — and blandish her into giving your query letter and synopsis a solid reading.

Lest you think I am casting unwarranted aspersions upon your mother, your spouse, or your best friend, let me add that my own fabulous mother has spent the last fifty years editing the work of some pretty heavy-hitting writers; she is one of the best line editors I have ever seen, in my professional opinion, but as she is my mother, I would never dream of using her as my only, or indeed even my primary, feedback source.

Naturally, that doesn’t stop her from compulsively line editing while she reads my work, of course; seriously, when I visited her last week, I had not been in her apartment two minutes before she said, “Oh, I read that chapter you sent me. Let me just dig up my list of what you should change.”

In a family of writers and editors, this is an expression of love, believe it or not, and something that I do automatically as well. Years of professional editing causes a particular type of myopia that prevents one from ever reading again without brandishing a vicious pen that attacks margins with the intensity of a charging rhinoceros.

All that being said, I respect my work enough to want my first reader feedback to be from someone who has not been a fan of my writing since I wrote my first puppet play, ALEXANDRA MEETS DRACULA, in kindergarten.

(Alexandra wins, by the way.)

As always, make sure that you read everything in hard copy, not just on a computer screen; the average person reads material on a screen 70% faster than the same words on a page, so which method do you think provides better proofreading leverage?

Uh-huh. There’s a reason that my mother doesn’t want me to send her e-mailed attachments upon which to vent her love and editing pen.

Speaking of which, I’m going to sign off for today, to give my box o’ manuscripts the once-over before I seal the box. Even those of us trained from the cradle to spot typos occasionally miss them, and even though I did not query this novel, I want it to do well with editors.

If only to prompt them to say, “My, but that’s a clean, well-proofread manuscript. This author’s mother must love her very much.”

7 Replies to “Book marketing 101: scanning your query letter for problems, or, the magnifying glass of love”