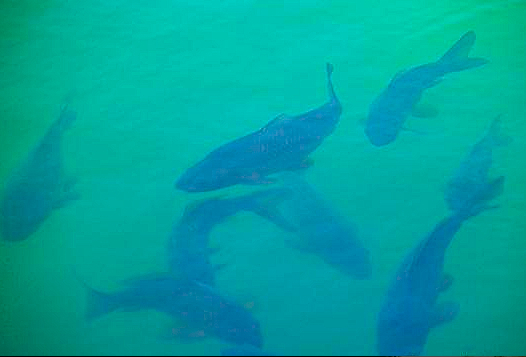 I hope I haven’t been scaring you, dear readers, with my last few posts on strategies for accepting verbal feedback gracefully; I’ve been reading over the list so far, and I’ve noticed that more of my examples have been of the hair-raising variety than the warm and fuzzy. If this has been making some of you worry about showing your writing to other people, please don’t — most readers out there honestly are pretty kind to writers.

Especially writers who make their feedback expectations clear to their first readers. I cannot emphasize enough how much clearer and more helpful to revision manuscript critique tends to be when the author has equipped the critiquer in advance with specific instructions on how to focus the reading. (For some tips on how do go about doing this without seeming like a martinet given to imposing pop quizzes on his first readers, please see the GETTING GOOD FEEDBACK category at right.)

So why have I been concentrating on more negative feedback experiences of late? Simple: those are the ones writers approaching either professional or group critique for the first time tend to anticipate.

Seriously, aspiring writers express this anxiety all the time. Since verbal pitch sessions have become more and more common at literary conferences in recent years — borrowed from how screenplays are marketed, one suspects — I teach classes a few times a year on how to pitch to agents and editors. Without fail, students will bring up the fear that the pitchee will be mean to them, thus prompting a preparation strategy that emphasizes living through the experience rather than learning something from it.

Having been on the receiving end of some pretty bizarre pitch responses myself, believe me, I sympathize. (Remind me to tell you sometime about the agent who assumed that the novel I was pitching was autobiographical, prompting her to yell at me for 15 minutes — five more than our allotted time — about my presumptive moral turpitude. Like so much in the writing life, it makes a great anecdote in retrospect, but wasn’t all that pleasant in the moment.)

It’s not at all an unreasonable fear, and it is wise to prepare for that contingency, especially the first time one exposes one’s work or book concept to professional scrutiny. As I believe I may have mentioned in this forum, oh, eighty or ninety times, professional readers — in other words, agents, editors, contest judges, critics, writing teachers, and other folks paid to scrutinize those pages — simply don’t read like other people.

How is it different, you ask? Instead of scanning an entire chapter or scene before forming an opinion on the quality of the writing therein, many, if not most, judge sentence by sentence. That way, they can stop reading the nanosecond they hit a patch of writing they dislike.

As I invariably add at this juncture, agents, editors, and contest judges don’t do this to be mean; they read in this manner because for every one manuscript they can accept, they need to plow through thousands. It’s a time-saving strategy, and an understandable one, if you ask me. (Not that anyone did.)

Because an experienced first reader is often aware of how common this hair-trigger response is in the industry, her feedback can be very, very nit-picky. So much so, I have often found, that those new to the experience occasionally mistake it for the practical application of a personal vendetta — and confuse the cut-to-the-chase response to a pitch with a generalized hatred of writers.

So perhaps it is not surprising that aspiring writers tend to approach situations where their work and/or book concepts might be critiqued with a certain amount of trepidation, in much the same spirit that they might approach, say, a rhino that is calm right now, but might charge at any moment.

Just keep smiling, they think, tiptoeing into its notoriously charge-happy field of vision, and maybe it won’t gore me.

However — and this is one whopper of a however — maintaining a sprightly mien in the face of criticism, while face-saving in the moment, tends not to be especially conducive to absorbing constructive feedback. It’s too energy-consuming, for one thing, and preparing only for the worst-case scenario (as aspiring writers so often do) can lead to making a feedback situation more confrontational than it needs to be.

If I seem to be harping on ways to make your life more difficult…well, in the first place, is that really a surprise to those of you who’ve been visiting Author! Author! for any length of time? I don’t think I’ve been all that secretive here about my enduring fondness for the harsh-but-rewarding path.

But aside from all of the moral bonuses to be gained by facing one’s demons (think of the advantages to your karma!), there is a very solid practical reason to move beyond merely surviving critique.

If you intend to be a professional writer, receiving no-holds-barred feedback is simply a fact of life in the industry. The better you can get at hearing, responding to, and incorporating it with a minimum of drama and hurt feelings, the more smoothly your professional life will run.

To flip that around, having a reputation for NOT being good at absorbing and incorporating feedback can hurt the publication prospects of even the most promising manuscript. And not all aspiring writers — or even published authors — are sufficiently aware of this, because the horror stories one hears from agents and editors tend to concentrate upon the stripes, not the whole tiger.

Make no mistake — it is the tiger itself that these stories are regretting. The well-known markings of the breed are distinctive enough — responding to gentle, well-meant critique by breathing fire on the critiquer, throwing rejection letters away prior to reading them (or not opening ones that clearly contain a returned manuscript at all), treating even the most veiled reference to marketability as a sign that the feedback-giver is borderline illiterate, to name but three — that most of us who have been hanging around the literary marketplace for a while can identify the snarl of the beast at twenty paces.

To put it a trifle less picturesquely, developing feedback-receiving chops can make a writer much, much more welcome in agencies, publishing houses, and writers’ groups everywhere. Heck, eventually, you might even learn to be flattered that a real pro took the time to help you improve your work.

Or, at any rate, help make it more marketable.

Help, of course, being the operative word here. I know that it’s hard to bear in mind in the midst of being told that you might want to consider spending the next six months rearranging the entire running order of your novel, but in the vast majority of feedback situations, the critiquer IS trying to help the writer improve the book.

So let’s take a quick gander at the strategies we’ve learned so far for making yourself easy to help:

1. Walk into the meeting with a couple of specific questions you would like your critiquers to answer.

2. Bear in mind that today is not necessarily a good day for response.

4. Be an active listener.

5. If you’re overwhelmed, ask for a rain check. Or at least buy yourself some time.

6. Re-read the critiqued pages before responding.

7. Consider the source — and select your sources with care.

8. The rule of one, part I: accentuate the positive

9. The rule of one, part II: minimize the negative

Happy with all that? Okay, maybe not precisely happy, but comfortable with the concepts? Let’s move on:

10. Don’t ask for feedback from someone whose honest opinion you are not prepared to hear

Some of you probably find this one a bit counterintuitive, don’t you? “Oh, come on,” I hear selected segments of my readership muttering, “why would I put myself in a critique situation unless I WANTED to hear the truth? You’re the one who is always saying that writers need feedback to gain perspective.”

Wanna hear a professional secret of the editing trade? Many, many critique-seeking writers don’t actually want feedback on what’s on their pages; they seek out first readers primarily because they long to be told how wonderful the book is.

Which isn’t all that unreasonable a desire, when you come to think about it, especially if the writer in question has been sending out queries and submissions for years. We could all use validation from time to time.

There’s nothing wrong with this attitude, inherently, but in a critique situation, it can often lead to difficulties in hearing feedback. Of the “oh, my God — how dare you attack me like that?” variety.

Or, equally common, of the “What you’re suggesting would take MONTHS! You can’t possibly be serious!”

Interestingly, the intensity of these responses often has little to do with the extent of the revisions being requested. The sad fact is, for writers who were expecting to hear that their books were essentially market-ready, practically any meaty suggestion for needed change is going to sound like a Herculean task.

Don’t set yourself up for this. It’s no fun, I assure you.

Here is what I would suggest instead: think long and hard about what you would like to gain from a feedback situation BEFORE you place your manuscript in one. If you find upon mature reflection that you do NOT want to be told specific ways in which your manuscript, hold off on asking professional readers for feedback. Seek out a more supportive feedback environment instead.

If you’re not clear on why, please go back and re-read my comments above about professional readers’ piranha-like notion of being helpful. Honestly, if they didn’t think your work had potential, they wouldn’t bother to be bluntly honest about how desperately it needs to be deconstructed and rebuilt.

You didn’t think that they would tell just ANY writer to change her protagonist’s lesbian sister into a bench-pressing brother with no political beliefs, did you? Try to think of it as a compliment.

Hey, I didn’t say it would be easy. But you’re a writer, aren’t you? Use your creativity.

Here’s something slightly easier: try to walk into your feedback situations with realistic expectations. And don’t expect your feedback-giver to read your mind about how you would prefer to receive critique. If you would feel more comfortable with a gentler approach, or if you would like to build up to toughness in slow increments — a perfectly reasonable long-term strategy — it’s up to you to make that abundantly clear at the get-go.

Know thyself, my friends. A tall order, I know, but hey, people ambitious enough to start with a blank page in the hope of ending up with a published book aren’t exactly folks noted for avoiding challenges, are they?

A scant handful of further tips follow next time. Keep up the good work!

7 Replies to “Becoming a good acceptor of feedback, part IV: what do you mean, those pretty fishies might bite?”