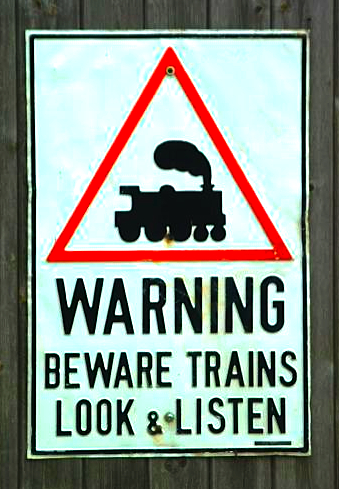 Throughout this week, I have been talking about strategies to help a writer accept written feedback — you know, the kind that editors scrawl in margins after they have acquired your manuscript — with aplomb, professionalism, and a minimum of self-destructive blood-letting. Or at the very least to discourage writers from applying the leeches of self-torture to themselves with too liberal a hand.

Yes, I’m perfectly aware that’s a disturbing image. After one has spent years holding writers’ hands through crises of literary faith, one’s standards of disturbing rise considerably. And it’s not as though I posted a photo of a leech, right?

While having one’s baby subjected to ruthless examination in the name of improving it is undoubtedly a rather traumatic experience (many authors never really get used to it), developing good listening, consideration, and response skills can render the process substantially less painful.

Experience, of course, is how most professional writers become acclimated to dealing with the take-no-prisoners clarity of professional critique. However, as I’ve been arguing for the past couple of weeks, a writer’s usually better off not waiting until after selling that first book or even signing an agency contract before beginning the toughening-up process.

Today’s paradoxical truism-of-the-trade: the more sensitive a talented writer is to critique, the earlier in her writing life she should start to seek it out.

Before I launch into elaboration upon that rather cryptic statement, let’s revisit the strategies we’ve discussed so far:

4. Remember that you and the critiquer are on the same side. Even when it doesn’t feel like it.

Give a shout if any of those are still puzzling you, please. In the absence of anguished bellowing from my readership, I’m going to move on.

5. Don’t use an industry professional as the first reader of your manuscript. Get other feedback first.

Seems like a strange thing for a freelance editor to say, doesn’t it? Yet the more time I put in as a book doctor, the more I’m convinced that this is a good idea.

The vast majority of aspiring writers do not agree with me, however — or so I surmise from the astonishing high percentage of manuscripts that are apparently blithely sent off to agents and editors without any human eyes save those belonging to the writer having scanned them.

Heck, in submissions with many typos, a professional reader is sometimes tempted to wonder if even the {writer’s eyes} wandered over it between the moments of composition and submission.

It’s appealing on a fantasy level, isn’t it? A writer works in secret for years on end, polishing a manuscript to the nth degree of perfection whilst his obtuse coworkers, ungrateful friends, and/or monstrous family meander through their lives, unaware that they are under the merciless scrutiny of an author extraordinaire.

The writer sends off queries and submission in secret, mentioning his ambition to no one (because, naturally, NO ONE UNDERSTANDS HIM) until the happy day when he can burst into his workplace/favorite bar/dysfunctional home, book contract in hand, and announce, “Hey, bozos, you’ve underestimated me for all these years!”

Whereupon everyone who has ever been mean to him promptly shouts, “Touché, Frederick. Guess I’ve been wrong about you all along. Let me spend the rest of our collective lives making it up to you.”

I hate to be the one to break it to you, but I’ve sold two books and published many shorter pieces without inducing any ex-friends, ex-lovers, and enemies (to lift a line from the great Joe Jackson) to tumble out of the woodwork and apologize for their general schmuckery.

Try as I might, I have never been able to negotiate that particular stipulation into my publishing contracts.

In practice, not showing one’s work to people one knows prior to submission to judgmental total strangers such as agents and editors generally results in bad news for the writer, even when the response is good, by professional standards: if the manuscript is rejected, the writer doesn’t have a context in which to understand why, and if it is accepted, the writer suddenly finds herself on the receiving end of a whole lot of quite blunt professional feedback.

Hard to wrap your brain around, isn’t it? In this biz, it’s the really good work that’s singled out for critique.

Elementary school certainly did nothing to prepare any of us for that eventuality.

To tell you the truth, I’ve always thought that the no-win situation faced by writers who eschew pre-submission feedback was a pretty disproportionate punishment for being shy — the most popular reason for not hitting up all and sundry for manuscript evaluation. After all, few, if any, agencies post advice on their websites about the desirability of seeking out non-threatening first readers. How on earth is the writer new to the biz supposed to find out?

In a word: experience.

Personally, I suspect a whole lot of human misery could be avoided if those of us farther along in the process sat aspiring writers down and leveled with them — on a blog, for instance. In that spirit, I’m going to share just a scant handful of the bushel of very, very good reasons NOT to make a pro your first reader:

a) It doesn’t give the writer a chance to learn about unspotted writing or formatting problems before an agent or editor sees it.

b) Since form-letter rejections are now the norm, submission only to agencies is unlikely to yield feedback that will enable the writer to improve subsequent drafts of the manuscript.

c) It encourages the writer to begin to regard professional acceptance as the single standard of quality, ignoring the fact that the literary market is notoriously mercurial, seeking out very different kinds of books at different times.

This is not a complete list, of course — I brought this up at greater length and in exhaustive detail a few months back, in my GETTING GOOD FEEDBACK series (see category at right, if you missed it). My goodness, though, those three are enough, aren’t they?

“But Anne,” I hear some of you call out, and not unreasonably, “why tell us this in the context of a discussion about taking written feedback well?”

Prompt jumping on that cue, faceless chimers-in; your check is in the mail. For yet another reason plucked from the aforementioned bushel:

(d) When the writer receives her first professional feedback, she’s too likely to treat every syllable of it as Gospel. Even if that feedback is merely a form-letter response to a query letter.

The most common result: the writer feels crushed.

That’s because she’s set herself up. Deciding in advance that any single sentient being — be it agent, editor, best friend, mother, or Creature from the Black Lagoon — is going to be the sole arbiter of whether her work is any good places far, far too much power in that person’s hands. It can elevate what is in fact a personal opinion (which any rejection is, ultimately) into a final referendum upon whether the submitter should be writing at all.

If the writer-designated deity du jour happens to be the editor handling the manuscript or the editor who acquires it, the results can be even more ego-devastating. Suddenly, the affirmation of talent implied in the agency or publication contract seems to fade in the face of the first critique the manuscript has ever faced.

In that moment, how prepared would you expect that author to be to listen critically to feedback? Or to evaluate its usefulness?

Uh-huh. And yet that author would never DREAM of crossing a busy street without first checking both ways to see if there are any vehicles about to barrel down upon her.

Don’t get caught in that trap, I implore you. Get enough pre-submission feedback to have some sense of your manuscript’s strengths and weaknesses before you submit it to the tender mercies of the pros.

Whew, that was a dense one, wasn’t it? Don’t worry; I’ll select tomorrow’s with an eye to making it easier to swallow. And if you’re very good indeed, on Sunday, I’ll give you a special reward for virtue in working through this difficult series.

No, no hints: it’s a surprise, I tell you, a lulu. In the meantime, keep up the good work!

(PS: the original of today’s image appears courtesy of the fine folks at FreeFoto.com.)

2 Replies to “Becoming a good acceptor of feedback: looking both ways before you cross the street”