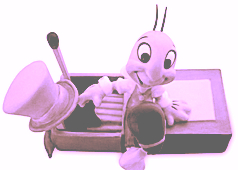 For the last few days, I’ve been talking about the Short Road Home, my pet term for a scene that introduces a potential conflict, only to resolve it so quickly that the reader barely has time to notice an increase in ambient tension. Short Roads Home have been the downfall of many a submitted novel, as such scenes almost invariably tell rather than show, minimize inter-character conflict, and let the tension of the story lag.

Today, I’m going to show you how to recognize the subtle form of Short Road Home, so you may see this common mega-problem in action and learn how to fix it. I want to be as clear as possible about this, so you may spot it as you revise your own work.

Why the urgency? Well, there is a reason that most professional readers will dismiss a manuscript that has more than one Short Road Home in the first couple of chapters: it is one of the single most frequently-seen mega-problems in fiction. So much so, in fact, that an experienced pro might not even have to read more than a couple of lines of a scene to identify it — and shove the submission into the rejection pile.

Long-time readers of this blog, did a light bulb just appear above your heads? Did it occur to you as if archangels suddenly appeared and shouted the news into your awed ears that, as with nonstandard formats, an ultra-frequent mega-problem in a manuscript might actually be a WELCOME sight to an agent, editor, or contest judge, because it means that the work can be rejected without further ado — or further reading time?

If so, congratulations — you now have a much, much firmer grasp of how submissions work than a good 95% of the writers currently slapping stamps on SASEs. It’s one of the great agency paradoxes: yes, they are always on the lookout for that great undiscovered new talent, but the faster they can sift through the rest and reject them, the better they like it.

Or so I’m told. By literally everyone I’ve ever met who has ever worked in an agency.

How may NOT being aware of this paradox harm a submitting writer? Because it often — and I know that all of you are far, far too savvy to do this, dear readers — leads the aspiring to leap to the unwarranted conclusion that an agent or editor will be so delighted by a fresh new voice that s/he is automatically going to be willing to ignore other problems in the manuscript until after the contract is signed.

In practice, this doesn’t happen much, even for manuscripts with minor problems. Certainly not for those with pacing or storytelling problems.

Out comes the broken record again: you can’t safely assume that when you submit your work in any professional context, it will meet with readers eager to give it the benefit of the doubt. Seldom does one hear a professional reader say, “Well, this manuscript certainly needs work, but I think it’s going to be worth my while to expend my energy on helping the author fix it.”

And never, alas, does one hear, “This author seems to have trouble moving the plot along and maintaining tension, but that’s nothing that a good writing class couldn’t fix. Let’s sign this writer now, and help her grow as an artist.”

As delightful as it would be if they DID habitually say express such sentiments — better still, if they routinely acted upon them — this just doesn’t happen for writers who don’t already have a solid platform (i.e., a special expertise or celebrity status to lend credibility to a book). I suspect that, say, the first readers of Barbara Boxer’s recent novel or Ethan Hawke’s granted them quite a bit of latitude (not to say editorial help), because, in the industry’s eyes, what is being sold when a celebrity writes a book is the celebrity’s name, rather than the manuscript.

As a non-celebrity writer, you can generally assume that the first reader at an agency, publishing house, or contest is looking for reasons TO weed your work out. Millicent and her ilk don’t worry too much about too quickly rejecting the next great American novel — since writers are resilient creatures who improve their skills on their own time (and dime), the publishing industry is fairly confident that the great ones will keep coming back.

For some reason, people in the writing community — especially those who write for writers’ publications and teach seminars, I notice — don’t like to talk about that much. Maybe it’s so they can put a positive spin on the process, to concentrate on the aspects of this honestly hugely difficult climb to publication that are within the writer’s control. As far as I’m concerned, mega-problems are very much within the writer’s control, as are other rejection triggers — but only if the writer knows about them in advance of submission.

So let’s get down to the proverbial brass tacks and see about clearing up this mega-problem.

The subtle flavor of Short Road Home seems to appear most frequently in the work of authors who have themselves spent quite a bit of time in therapy, 12 Step programs, or watching Oprah: the second an interpersonal conflict pops up, some well-informed watchdog of a character (or, even more often, the protagonist’s internal Jiminy Cricket) will deftly analyze the underlying motivations of the players at length.

A common example: when a protagonist apparently shows up to a scene purely in order to comment upon it as an outside observer, rather than participating actively in it.

“I did not press the panic button!” James insisted.

Barnaby pointed to the city skyline melting into a fluorescent puddle in the distance. “The warhead didn’t launch itself!”

Etienne listened to the argument swirling around him, knowing it wasn’t really about who bombed what when. Anybody could see that the rapidly-disintegrating city was just an excuse for James and Barnaby to snipe at each other, a transparent mask laid delicately over the face of their unadmitted mutual passion. He wished that they would just rent a motel room and get on with it, so he wouldn’t have to listen to their bickering — assuming, that is, that James’ little slip of the finger had left any motels standing.

Essentially, the protagonist is acting as the reader’s translator here: no need to draw one’s own conclusions while Etienne is on the job, eh? No messy loose ends left to complicate the plot here — or to keep the reader turning pages.

Even when these helpful characters are not therapists by trade (although I’ve seen a LOT of manuscripts where they are), they are so full of insight that they basically perform instant, on-the-spot relationship diagnosis: “I realize that you’re upset, Cheryl, but aren’t you displacing your underlying dissatisfaction at being laid off at the lumberyard onto your boyfriend? After all, it’s not his fault that pastry chefs remain in such high demand. If you were not envious of his job security, would you really have minded his torrid affair with those Siamese twins?”

“But Anne,” I hear Jiminy Cricket protest, “I don’t understand. Don’t my explanations move the plot along? Don’t they provide necessary character development? And isn’t my spouting them a fabulous way of making sure that the reader doesn’t miss any critical nuances?”

Why, yes, Jiminy, your running commentary can indeed perform all of those functions — but by definition, your pointing them out to the reader is telling, not showing.

And I’m not just bringing that up to sound like your 10th grade composition teacher, either. While no one minds the occasional foray into summation, both characters and situations tend to be more intriguing if the narrative allows the reader to be the primary drawer of conclusions based upon what the various characters do, say, and think.

It makes for a more involving narrative.

Also, when the instant-analysis device is overused, the reader can become jaded to it pretty quickly. After the third or fourth use — or after the first, if the reader happens to be a professional manuscript-scanner — the reader is apt to become convinced that that there is absolutely no point in trying to second-guess the protagonist, because if the author is going to tell her right away what to conclude from what has just passed.

Which, correct me if I am wrong, completely prevents the reader from enjoying one of the great joys of getting into a novel, trying to figure out what is going to happen next. Hyper-analytical protagonists seldom surprise.

As we saw yesterday (thank you, Elinor Glyn), instant analysis can relieves the conflicting characters of any urgency they might have felt in resolving their interpersonal issues. Since Jiminy Cricket hops on in and spells out everyone’s underlying motivations, the hard work of figuring one’s own way out of a jam is rendered unnecessary.

If this seems like an exaggeration to you, take a good look at your manuscript — or, indeed, any book where the protagonist and/or another character habitually analyzes what is going on WHILE it is going on, or immediately thereafter. Does the protagonist leap into action immediately after the analysis is through, or wait for new developments?

In the vast majority of manuscripts, it is the latter — which means that the analytical sections tend to put the plot on hold for their duration. Where analysis replaces action, momentum lulls are practically inevitable.

Memoirs are particularly susceptible to this type of stalling. Memoirists LOVE foreshadowing, because, obviously, they are telling about their past through the lens of the present. In the course of foreshadowing (often identifiable by the historical future tense: “It was not to turn out as I hoped…”), the narrator will all too often analyze a scene for the reader before showing it, thus killing any significant suspense the reader might have felt about how the scene will be resolved.

Yes, you know the story you are telling very well, but remember, your reader doesn’t. Just because something really occurred does not relieve the writer of the obligation to make its telling vibrant and dynamic. You may be excited to share insights gleaned over the course of a lifetime, but if they are not presented AS the stories unfold in the memoir, the reader may have a hard time tying the lessons to the anecdotes.

I’m going to stop for the nonce, but I shall continue to wax poetic on this subject next time. In the meantime, make sure those protagonists stay active, concentrate on giving the reader enough material so s/he may draw the correct conclusions about what’s going on, and keep up the good work!

7 Replies to “The Short Road Home, part V: when you SHOULDN’T let your conscience be your guide”