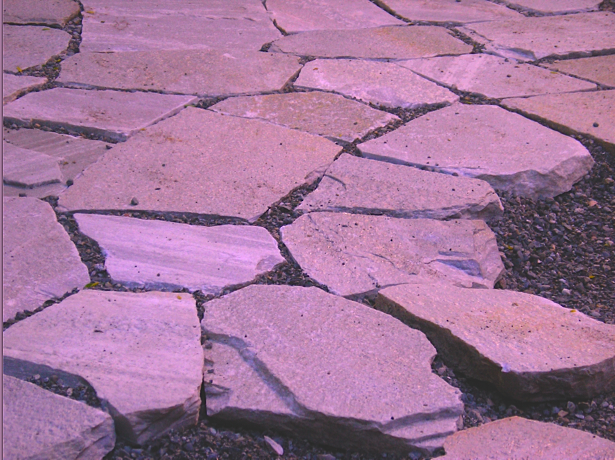 What did you expect me to be taking pictures of while workers are crawling all over my yard for months on end — rainbows and cattle?

Last time, I wrote about how frustrating many professional readers find it when a narrative forces them to follow a poor interviewer through an information-seeking process that seems one-sided or lacking in conflict. Or when — heaven forbid — the answers just seem to fall into the protagonist’s lap without significant effort on her part, exactly as if — wait for it — SOMEONE HAD PLANNED IT THAT WAY.

Strange to say, even though a reader would have to be pretty obtuse indeed (or very into the postmodern conceptual denial of individual authorship) not to realize that any protagonist’s adventures have in fact been orchestrated by a writer, a too-obvious Hand of the Creator can yank the reader out of the story faster than you can say, “Sistine Chapel ceiling.”

To work on the printed page, fate has to move in slightly more mysterious ways. Or at least in interesting ones.

Which is to say: interview scenes are legendary in the biz for drooping, even in an otherwise tight manuscript. And let’s face it — almost every plot involves some element of detective work, however minor. It’s worth triple-checking ALL of your manuscript’s interviews for flow and excitement.

Especially, if you’ll forgive my saying so, toward the middle and the end of a book, where protagonists — or is it their creators? — often become a tad tired of searching for the truth. At that point, crucial clues hidden for years like Ali Baba’s treasure frequently start leaping out of the woodwork, screaming, “Here I am — discover me, already!”

As we all know, though, an agent, editor, screener, and/or contest judge needs to get through the early pages of a submission before getting to its middle or end — so it would behoove you to pay very close attention to the pacing of any interview scene that occurs in the first chapter, particularly within the first few pages, as this is the point in your submission where a screener is most likely to stop reading in a huff.

Was that giant gust of wind I just heard the collective gasp of all of you out there whose novels open with an interview scene?

I’m guessing so; an AMAZINGLY high percentage of novel submissions open with interviews or discussions of the problem at hand. The protagonist gets a phone call on page 1, for instance, where he learns that he must face an unexpected challenge: violÃ , an interview is born, as the caller fills him in on the details.

Or the book opens with the protagonist rushing into the police station and demanding to know why her son’s killer has not yet been brought to justice: another interview scene, as the police sergeant responds.

Or the first lines of the book depict a husband and wife, two best friends, cop and partner, and/or villain and victim discussing the imminent crisis: bingo.

Or, to stick to the classics, this dame with gams that would make the 7th Fleet run aground slinks into the private dick’s office, see, and says she’s in trouble. Bad trouble — as opposed to the other kind — and could he possibly spare a cigarette?

“What kind of trouble?” he asks — and lo and behold, another interview begins.

There are good reasons that this scene is so popular as an opener, of course: for at least a decade now, agents and editors at conferences all over North America have been urging aspiring writers to open their books with over conflict. And conversation is a great way to convey a whole lot of background information very quickly, isn’t it?

Or, to put it in the language of writing teachers, dialogue is action.

My long-term readers are giggling right now, I suspect, anticipating my launching into yet another tirade on what I like to call Hollywood narration (a.k.a. Spielberg’s disease), movie-style dialogue where characters tell one another things they already know in order to provide the audience with needed data. As in:

My long-term readers are giggling right now, I suspect, anticipating my launching into yet another tirade on what I like to call Hollywood narration (a.k.a. Spielberg’s disease), movie-style dialogue where characters tell one another things they already know purely in order to provide the audience with background information.

Openings of novels are NOTORIOUS for this. As in:

“So, Molly, we have been shipwrecked on this desert island now for fifteen years and seven months, if my hash marks on that coconut tree just to the right of our rustic-yet-comfortable hut. For the first four years, by golly, I thought we were goners, but then you learned to catch passing sea gulls in your teeth. How happy I am that we met thirty-seven years ago in that café just outside Duluth, Minnesota.”

“Oh, Tad, you’ve been just as helpful, building that fish-catching dam clearly visible in mid-distance right now if I squint — because, as you may recall, I lost my glasses three months ago in that hurricane. If only I could read my all-time favorite book, Jerzy Kosinski’s BEING THERE, which so providentially happened to be in my unusually-capacious-for-women’s-clothing coat pocket when we were blown overboard, and you hadn’t been so depressed since our youngest boy, Humbert — named after the protagonist of another favorite novel of mine, as it happens — was carried off by that shark three months ago, we’d be so happy here on this uncharted four-mile-square island 200 miles southwest of Fiji.”

“Well, Molly, at least for the last week, I have not been brooding so much. Taking up whittling at the suggestion of Brian — who, as you know, lives on the next coral atoll over — has eased my mind quite a bit.”

Since I have lectured so often on this VERY common manuscript megaproblem, I shall let this example speak for itself. Suffice it to say that about the NICEST comment this type of dialogue is likely to elicit from a professional reader is, “Show, don’t tell!”

More commonly, it provokes the cry, “Next!”

Did you notice the other narrative sins in that last example, by the way? Guesses, anyone?

Award yourself high marks if you dunned ol’ Molly for making the mistake we discussed earlier this week, over-explaining the rather uninteresting fact that she managed to bring her favorite book with her whilst in the process of being swept overboard by what one can only assume were some pretty powerful forces of nature.

And as much as I love the work of Jerzy Kosinski, in-text plugs like this tend to raise the hackles of the pros — or, to be more precise, of those who did not happen to be involved with the publication of BEING THERE (a terrific book, by the way) or currently employed by those who did.

Besides, it’s not a very telling detail.

Hear me out. Writers who include such references usually do so in the rather charmingly myopic belief that a person’s favorite book is one of the most character-revealing bits of information a narrative could possibly include. However, this factoid is unlikely to be of even the vaguest interest to someone who hadn’t read the book in question — and might well provoke a negative reaction in a reader who had and hated it.

Out comes the broken record again: it’s never a good idea to assume that ANY conceivable reader of one’s book will share one’s tastes. Or worldview.

Give yourself an A+ for the day if you said immediately, “Hey, if the island is uncharted, how does Molly know so precisely where they are? Wouldn’t she need to have either (a) seen the island upon which she is currently removed upon a map, (b) seen it from space, or (c) possess the magical ability to read the mind of some future cartographer in order to pinpoint their locale with such precision?”

And you have my permission to award yourself a medal if you also cried to the heavens, “Wait — why is the DIALOGUE giving the physical description here, rather than, say, the narrative prose?”

Good call — this is Hollywood dialogue’s overly-chatty first cousin, the physical description hidden in dialogue form. It tends to lurk in the shadows of the first few pages of a manuscript:

Link glanced over at his wife. “What have you been doing, to get your long, red hair into such knots?”

“Not what you’re thinking,” Gloria snapped. “I know that look in your flashing black eyes, located so conveniently immediately below your full and bushy eyebrows and above those cheekbones so chiseled that it would, without undue effort, be possible to use them to cut a reasonably soft cheese. Perhaps not a Camembert — too runny — but at least a sage Derby.”

“I’m not jealous sexually.” Link reached over to pat her on the head. “As your hairdresser, I have a right to know where those luxurious tresses have been.”

Why might introducing physical descriptions of the characters through opening-scene dialogue seem a bit clumsy to someone who read hundreds of submissions a month?

Well, again, it’s common, but this time, at least, that’s not the primary reason. Any guesses?

If you said that Link and Gloria are telling each other things they obviously already know, throw yourself a party. In this era of easily-available mirrors, it’s highly unlikely that anyone would NOT know that he possessed, say, dark eyes, and even the most lax of personal groomers would undoubtedly be aware of her own hair’s color and length.

The only reason this information could POSSIBLY appear in dialogue between them, then, is to inform a third party. Like, for instance, the reader.

That’s a pretty good test for Hollywood narration, incidentally: if a statement doesn’t serve any purpose other than revealing a fact to the reader, as opposed to the character to whom it is said, then it’s Hollywood narration. And it should go.

If you also said that Link and Gloria are engaging in dialogue that does not ring true, give yourself extra credit with sprinkles and a cherry on top. With the exception of medical doctors, art teachers, and phone sex operators, real people seldom describe other people’s bodies to them.

It’s just not necessary. My SO has just walked into the room, but I cannot conceive of any impetus that might prompt me to say to him, “Rick, your eyes are green,” despite the fact that his eyes are indeed green, and I might conceivably want a reader to know it.

In the interest of scientific experimentation, though, I just tried saying it out loud. It did not produce scintillating conversation. Turns out he already knew.

There you have it — several more excellent reasons to read your manuscript OUT LOUD and IN ITS ENTIRETY before you submit it, my friends, and an even better reason to have a third party read it before you send it off to an agent or editor: to see if the dialogue sounds like something a real person might actually say (as Hollywood narration doesn’t), and to check that it is interesting enough to keep a reader moving from line to line in those interview scenes.

More on dialogue spiciness next time — that is, if I can resist the burning desire not to take another run at Hollywood Narration. Must…remain…strong…

Somehow, I suspect that I’m going to lose this particular battle. Keep up the good work!