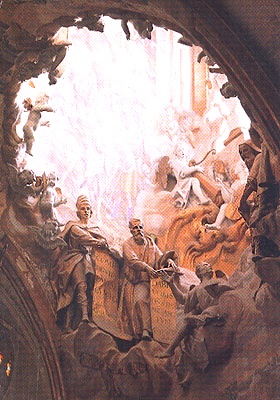 Yesterday, I was waxing poetic on an must-follow piece of conference-preparation advice — if you are looking for an agent (as the vast majority of writers willing to shell out the dosh to attend major conferences are), it makes sense only to invest in attending conferences where agents with a proven track record of selling with your type of book will be available for your pitching pleasure.

Feel free to derive an important corollary from this excellent axiom: from this moment on, ONLY pitch or query your book to agents who represent that kind of book.

Seems so simple, put that way, doesn’t it?

Yet every year, literally millions of aspiring writers either take a scattershot approach, querying fairly randomly (thus all of those “Dear Agent” letters that folks in the industry hate so much) or let the conferences do the selection for them, pitching to whoever is there with a winsome disregard for matching their books with the right agent.

I cannot say this often enough: you do not want to be signed by just ANY agent — although, in the throes of agent-seeking, it’s certainly very easy to start believing that any agent at all would be better than none. You want the agent who is going to be able to sell your work quickly and well.

Believe it or not, even the surliest agent who ever strode contemptuously into a literary conference and brushed off a pitcher wants this as well. Agents, perversely enough, want to sign authors of books they know they can sell.

Which is, in case you were wondering, why they tend to be so quick to reject what doesn’t fall within their sphere of influence. Since they are inundated with queries and pitches, it is in their best interests to weed out the absolutely-nots as swiftly as humanly possible — and although it may not feel like it at the time, in yours as well.

Don’t believe me? Ask any author who has found herself spending a year or two in the purgatory of a representation contract with an agent who didn’t have the contacts to sell her book, but still snapped up the book because it was in an at-the-time-hot book category. (Yes, it happens.)

So if an agent who doesn’t represent your kind of work rejects you — and this is equally true if it happens at a conference or via query — be open to the possibility that it may not have anything to do with the quality of your writing or the idea you are pitching.

I know it’s hard to accept this philosophically when your baby is rejected out of hand, but it is vital for your professional mental health that you bear the issue of fit in mind constantly while you are pitching and querying. Not only isn’t anything personal about a bad-fit rejection — it does not even begin to be a fair test of how the book will fly with an agent who does represent that kind of work.

Let me repeat that, because it’s awfully important: a book’s being rejected by an agent or editor who doesn’t represent that type of work is NOT a viable test of its marketability amongst those who do. Thus it follows with an elegant inevitability that if you want to know whether your book is marketable, you should pitch or query it only to those with whom such a test WOULD be a good indicator of how the publishing industry might view it.

Or, to put it another way, the best way to avoid this kind of rejection is not to pitch or query your book to any agent that isn’t predisposed to be interested in it. Check before you pitch.

Even better, check before you register for the conference where you intend to pitch.

Ditto with editors, by the way. No editor in the business acquires across every conceivable genre; in fact, most editors’ ability to acquire is sharply limited by their publishing houses to just one or two types of book.

So it would be a waste of your pitching energies to, say, try to interest an editor who does exclusively mysteries in your fantasy novel, right? Right?

Another thing that any writer pitching at a North American conference ABSOLUTELY MUST KNOW: all of the major NYC publishing houses currently have policies forbidding their editors to acquire work by unagented writers.

Don’t believe me? Check their websites. At least for the adult market, the policy is uniform. (Some YA imprints have different policies; again, it’s in your interests to check.)

This means, in essence, that the BEST that could happen if you pitched your book to an editor from one of these houses is that he might help you hook up with an agent. Although it’s somewhat counterintuitive, an editor at a smaller or regional house might have more leeway to pick up your book.

Sort of changes how you view those much-vaunted conference appointments with bigwig editors, doesn’t it?

I’m bringing this up because in most of the flavors of common being-discovered-at-a-conference fantasy, an editor from Random House or somewhere similar hears a pitch, falls over backwards in his chair, and offers a publication contract on the spot, neatly bypassing the often extended agent-seeking period entirely.

In reality, even if an editor was blown over (figuratively, at least) by a pitch, he might buttonhole one of the attending agents at a conference cocktail party on your behalf, and they might together plot a future for the book, but you’re still going to have to impress that agent before you can sign with the editor.

In other words, pitching to an editor at a major house might help your book in the long run, but it will not enable you to skip the finding-the-agent step, as so many aspiring writers believe. Sorry.

Frankly, I think it’s really, really unfair to the editors from these houses that more writers’ conference promotional materials are not up front about this policy, considering that it is in fact common knowledge — which means, incidentally, that most editors will assume that a writer attending the conference is already aware of it. It’s not as though the individual editor could change the status quo, after all, or as if he’s following the policy merely because he likes to taunt the hopeful.

Before any of you protest that at the last conference you attended, editors from the Big Five asked for your work as though they intended to pick you up regardless of your representation status, let me hasten to add that you are not alone: the we-accept-only-the-agented is most assuredly NOT the impression that most conference pitchers to editors receive.

There’s a reason for this: unless they are asked point-blank during an editors’ forum how many of them have come to the conference empowered to pick up a new author on the spot — a question well worth asking, hint, hint — most editors who attend conferences will speak glowingly about their authors, glossing over the fact that they met these authors not in settings like this, but through well-connected agents.

See earlier comment about common knowledge. They honestly do think you know. It doesn’t mean that they can’t give you some valuable advice.

Yet few conference brochures or websites are honest enough to feature the major houses’ policies next to the appropriate attending editors’ listings. In fact, most conference rhetoric surrounding pitch appointments with editors directly states the opposite, encouraging pitchers to believe that this meeting could be their big break.

I don’t think that conference organizers do this in order to be mean or misleading — I just think many of them are not hip to the current conditions of the industry. Trust me, no editor is going to jeopardize his job at Broadway by handing a contract to a writer his boss would throw a fit if he signed.

So why, you may be wondering, do editors from the majors attend literary conferences — and, once there, why do they request submissions?

This is an important question, because editors from the major houses request manuscripts from pitchers all the time — but not because they are looking to sign the author instantly on the strength of the book. They just want to get in on the ground floor if the book is going to be the next…

You guessed it: no editor wants to be the one who passed on the next DA VINCI CODE. It’s a gamble, pure and simple.

So even though they would almost certainly not in fact pick up the next DA VINCI CODE if its author DID pitch to them at a conference, having a personal connection with the author is a great means of queue-jumping. If one of them is nice enough to you, you might tell your agent (once you hook up with one) that you want your potential bestseller sent to that editor first.

Heck, if she’s nice enough to you, you might be gullible enough to insist that she gets an exclusive peek at it.

Don’t laugh: it’s not a bad gamble, from their perspective. Aspiring writers, as I believe I have pointed out a couple of hundred times before, can get some strange ideas about loyalty owed to industry types who met them for a grand total of fifteen minutes once.

But trust me: deep in their steamy little hearts, those editors from major houses who ask you to send chapters will be hoping that you will land an agent before they get around to reading the manuscript they requested you send. If you are looking to pitch to an editor who might conceivably pick up your book right away, you are generally better off pitching to an editor from a smaller or regional house.

The overall moral: learning what individual agents and editors are looking for AND what their bosses will allow them to pick up (aside from the next DA VINCI CODE, of course) will help you target both your conference pitches and your queries more effectively.

Everyone — agents, editors, and writers alike — are happier when you do. Honest. Nobody concerned wants to break your heart gratuitously.

Getting a trifle depressed? Don’t worry — I’m almost through with the don’t list; very soon, we’ll be moving on to the dos, which are far more empowering. Keep up the good work!

6 Replies to “Conference pitching warm-up, part II, in which you may be surprised to learn that you and the agent or editor on the other side of the pitching table actually want the same thing. Honest.”