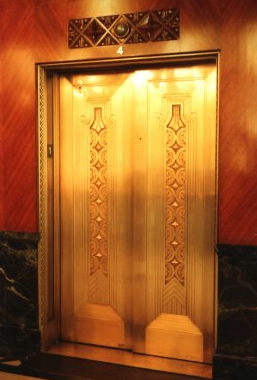 As those of you who have been following this series for the past couple of weeks are already aware, I’ve been concentrating upon the constituent parts of an effective verbal pitch. We’re rapidly approaching the point where we’ll be pulling all of these disparate elements together into a pitch for a formal meeting — but never fear, those of you who are not conference-bound: a great many of these tools can be used to improve your query letters, too. Just you wait and see.

Today, I am going to talk about what was considered the height of pitching elegance five or ten years ago, the 3-sentence elevator speech. Which is, you may be pleased to hear, equally useful at conferences and in query letters.

Were you expecting me to follow that last statement with not at all? I can see where you might leap to that conclusion: I have, after all, spent the last couple of weeks telling you at great length that 3-sentence speeches are vastly overrated as marketing tools for books.

Which they are, in most pitching contexts. Sometimes, though, they are indeed useful; I’ll be showing you when and how over the next couple of days. So I would, contrary to what you may have been expecting, advise you to construct one prior to conference time. It’s just not going to be the primary pitching tool in your writer’s bag.

But I’m getting ahead of myself. Let’s begin with a definition of the three-line pitch, or, as I prefer to call it, the elevator speech.

Simply put, an elevator speech is a 3 – 4 sentence description of the protagonist and central conflict of your book. A longish paragraph, in other words. If the book is a novel, the elevator speech should be IN THE PRESENT TENSE and IN THE THIRD PERSON, regardless of the tense and narrative voice in which the book is actually written.

Contrary to popular belief, the elevator speech should NOT be a plot summary, but an introduction to the main character(s) BY NAME and an invitation to the listener to ask for more details.

Yes, you read that correctly: the 3-sentence pitch you’ve been hearing so much about in conference circles lately is NOT a standard pitch for a book. It isn’t intended to replace the fully-realized 2-minute pitch that agents and editors will expect you to deliver within the context of a formal appointment.

Like the keynote, it’s not a substitute for a pitch, but a teaser for it — it’s the lead-in to the actual pitch, a chance to show off your storytelling talent in the 30 seconds you might realistically have with an agent in a hallway.

Thus the term elevator speech: it’s designed to be short enough to deliver between floors when a happy accident places you and the agent of your dreams together in the same lift. (And yes, I DO actually know writers who have given their elevator speeches to agents in elevators, appropriately enough.) Although often, an agent in a hurry — say, one you have caught immediately after he has taught a class, or on his way into lunch — will not wait to hear the 2-minute version before asking to see pages.

Which is the true mark of success for an elevator speech: it so intrigues the hearer that further pitching is rendered unnecessary.

But — and I cannot emphasize this enough — contrary to what the vast majority of pitching classes and conference brochures will tell you, the elevator speech does not work in every context: it should be reserved for informal pitching opportunities.

For a formal pitching session, you will be better off with a 2-minute formal pitch. (And don’t worry, I’ll be getting to that within the week.)

Confused? You’re far from alone. “Wait just a minute,” I hear some eager pitchers out there cry. “You’re telling me to do twice the work I would normally need to do! The conference brochure I have in my hand tells me that I MUST give a 3-4 sentence summary of my book. Obviously, then, I can just stick with that, and ignore your advice to prepare a 2-minute pitch as well. Besides, won’t agents and editors get mad at me if I break the 3-sentence rule?”

In a word, no — at least, not in a scheduled pitch meeting. That’s a rule set up by conference organizers, generally speaking; the 3-sentence pitch is not the standard of the publishing industry, but the MOVIE industry.

And even at conferences where organizers are most adamant about it, it’s a guideline, not a hard-and-fast rule. It’s not as though goons with stopwatches will be standing behind you during your pitch appointments, shouting, “Okay — that was 3.5 sentences, buddy. Out of the pool!”

Oh, sure, if you went on for two or three minutes during a chance encounter over the dessert bar, the average agent’s plate of tiramisu might start to shake with annoyance after a minute or so. But that’s a matter of context and fallen blood sugar. In the formal appointments, agents are often actually perplexed when writers stop talking after 20 seconds or so.

Because, you see, they don’t read the conference literature. They just know the norms of the industry.

To put it another way, do you really want to waste the other 9 1/2 minutes of your appointment by having prepared only 30 seconds about your book?

On the other hand, you don’t want to focus so much on the 2-minute formal pitch that you can’t take advantage of hallway pitching opportunities, do you?

In short, you’re going to want to prepare both. This is an industry that values flexibility and creativity, after all.

Did that gusty collective sigh I just heard mean that I’ve convinced at least a few of you? “Okay, Anne,” some of you shout wearily, “You win. But since brevity is the soul of both the elevator speech and the keynote, how are they different?”

Although the purpose of both is to whet the literary appetite of the hearer, to get her to ask for more information about the book, the keynote can hit only one major theme. In the elevator speech, however, your task is to show that your book is about an interesting protagonist in a fascinating situation.

Let me repeat that, slightly twisted, because it’s important: if your elevator speech does NOT present your novel or memoir’s protagonist as a fascinating person caught in a scintillating dilemma, or at any rate shown against an absorbing backdrop, you should revise it until it does.

Your elevator speech should, in other words, establish book’s premise, main character, and primary conflict.. It should answer the basic questions:

(1) Who is the protagonist?

(3) How is s/he going to attack it differently than anybody else on the face of the earth?

Why stick to the premise alone, you ask? Simple: when you have someone’s attention for only thirty seconds, you don’t have time to explain the interesting backstory, the macabre subplot, how the plot’s major conflicts are resolved, that great twist about the long-lost half-sister, or how the villain gets dissoved in a vat of acid in the basement.

You will not, in short, have the time to summarize the plot. You will have only just enough to identify the two or three primary elements and raise interest in your hearer’s mind about how you might resolve them in the book.

Was that giant slide-whistle I just heard the sound of all of you who have experienced the horror of trying to cram an entire book’s plot into three sentences realizing that you didn’t need to do it?

Yup. I wish someone had told me that before the first time I pitched, too.

Out comes the broken record again: an elevator speech should not be a summary. Actually, even in a screenplay pitch (which is where the 3-sentence format comes from, in case you’re curious), the writer is not expected to summarize the entire plot that quickly, merely the premise.

To tell you the truth, the only people I have ever met who have expected writers to tell an entire story in three lines are pitching teachers and the conference organizers who write the directions in brochures.

So why is the demand that you limit yourself to three sentences so ubiquitous in conference brochures? Beats me. And what makes this phenomenon even stranger, at least from my perspective, is even screenplays are not really pitched in three sentences; they’re pitched in three beats. So what book writers are being told to do is not even accurate for the industry in which micro-pitches ARE the norm!

Curious about what three beats might sound like? I’m no screenwriter (nor do I play one on TV), but let me give it a try for one of the longest movies of my lifetime:

Beat one: An East Indian lawyer in South Africa

Beat three: and then takes the strategy home to fight British rule.

Recognize it? It’s GANDHI. (In case you think I’m kidding about the expected shortness of movie pitches, here is the IMDb version: “Biography of Mahatma Gandhi, the lawyer who became the famed leader of the Indian revolts against the British through his philosophy of non-violent protest.” Mine’s shorter.)

Of course, far more happens in the movie than this: it’s 188 minutes long, and it has a cast of — well, if not thousands, at least many hundreds filmed repeatedly. But if I had tried to summarize the entire plot, we would have been here until next Thursday.

Fortunately, an elevator speech for a book is not expected to be this terse: you actually can have 3-4 complex sentences, not just beats. But that does not mean, as is VERY common in the ostensibly 3-sentence pitches one actually hears at conferences in these dark days, three sentences with eight dependent and three independent clauses each.

Seriously, I’ve heard many elevator speeches that — while technically three sentences in the sense that they contained only three periods — took longer than two minutes to say. While that may meet the letter of the 3-sentence rule, it clearly violates its spirit.

Stop glaring at me. I don’t make the rules; I merely explain them.

Let’s just clear that misconception up at the outset: the point in keeping it brief is TO KEEP IT BRIEF, not to play rules lawyer. If you can’t say your entire elevator speech within two regular breaths, it’s too long.

Are you wondering how you’re going to accomplish this? Are you contemplating taking up fancy yogi breathing techniques to extend the length of your elevator speech? Are you, in fact, seriously considering avoiding hallway pitches altogether, just so you don’t have to construct both an elevator speech AND a 2-minute pitch?

All three are common reactions to meeting me, I must confess, but don’t worry — I shall give you many, many practical tips on how to pull it off with aplomb, but for now, I’m going to leave you to ponder the possibilities until tomorrow.

That way, you can brainstorm unfettered. But do brainstorm about the best way to present your premise BRIEFLY, not how to cram as much information as possible into a couple of breaths’ worth of speech.

To give you a touch of additional incentive, I’ll let you in on a secret: once you have come up with an eyebrow-raising elevator speech, the process is going to help you improve your 2-minute pitch — and your queries, too. Trust me on this one.

But I’m getting ahead of myself. Give it some thought, and keep up the good work!