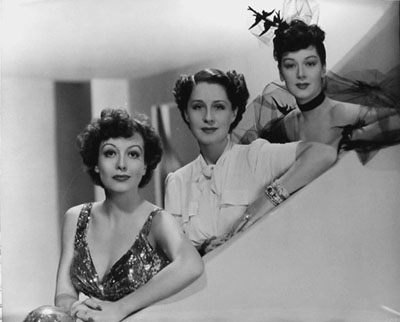 Yesterday’s post about hyper-literalism lifted a weight off my weary shoulders, campers: at this point in my long and checkered career, I feel like the kid who pointed out that the emperor was slightly under-dressed. It does become rather a strain, conference after conference, year after year, not to stand in the back of the room and bellow, “But don’t knock yourself out following that advice to the letter!”

I guess it’s a corollary of what I find myself saying here every few months: it’s honestly not a good idea to take anyone’s word as Gospel, even if the speaker purports to be an expert.

Logically, this sterling advice must apply to yours truly, right, and what I say here? In that spirit, I’m going to tackle a couple of excellent questions about the pitch proper sent in by readers over the years. (Keep ’em coming, folks!)

So what’s the writer to do? Tell the story of the book in your pitch, not the various stories of the characters.

Does that sound like an oxymoron? Allow me to explain.

For a novel with multiple protagonists to work, it must have an underlying unitary story — it has to be, unless the chapters and sections are a collection of unrelated short stories. (Which would make it a short story collection, not a novel, and it should be pitched as such.) Even if it is told from the point of view of many, many people, there is pretty much always some point of commonality.

That commonality should be the focus of your pitch, not how many characters’ perspectives it takes to tell it. Strip the story to its basic elements, and pitch that.

Let’s take the most straightforward one first: from a pitch-hearer’s point of view, once more than a couple of characters have been introduced within those first couple of sentences, new names tend to blur together like extras in a movie, unless the pitcher makes it absolutely clear how they are all tied together.

Typically, therefore, they will assume that the first mentioned by name is the protagonist.

So if you started to pitch a multiple protagonist novel on pure plot — “Melissa is dealing with trying to run a one-room schoolhouse in Morocco, while Harold is coping with the perils of window-washing in Manhattan, and Yvonne is braving the Artic tundra…” — even the most open-minded agent or editor is likely to zone out. There’s just too much to remember.

And if remembering three names in two minutes doesn’t strike you as a heavy intellectual burden, please see my earlier post on pitch fatigue.

But it’s easy to forget that yours is almost certainly not the only pitch that agent or editor has heard within the last 24 hours, isn’t it, even if you’re NOT trying to explain a book that has several protagonists? Often, pitchers of multiple-protagonist novels will make an even more serious mistake than overloading their elevator speeches with names — they will frequently begin by saying, “Okay, so there are 18 protagonists…”

Whoa there, Sparky. Did anyone in the pitching session ASK about your perspective choices? So why present them as the most important fact about your novel?

Actually, from the writer’s point of view, there’s an excellent reason: the different perspectives are an integral part of the story being told. Thus, the reader’s experience of the story is going to be inextricably tied up with how it is written.

But that doesn’t mean that this information is going to be helpful to your pitch.

I mean, you could conceivably pitch Barbara Kingsolver’s multiple-narrator THE POISONWOOD BIBLE as, “Well, a missionary takes his five daughters and one wife to the middle of Africa. Once they manage to carve out a make-do existence in a culture that none of them really understand, what little security the daughters know is ripped from them, first by their father’s decreasing connection with reality, then by revolution.”

That isn’t a bad summary of the plot, but it doesn’t really give much of a feel for the book, does it? The story is told from the perspectives of the various daughters, mostly, who really could not agree on less and who have very different means of expressing themselves.

And that, really, is the charm of the book. But if you’ll take a gander at Ms. Kingsolver’s website, you’ll see that even she (or, more likely, her publicist) doesn’t mention the number of narrators until she’s already set up the premise.

Okay, let me ask the question in a manner more relevant to the task at hand: would it be a better idea to walk into a pitch meeting and tell the story in precisely the order it is laid out in the book, spending perhaps a minute on one narrator, then moving on to the next, and so on?

In a word, no. Because — you guessed it — it’s too likely to confuse the hearer.

Hey, do you think that same logic might apply to ANY complicated-plotted book? Care to estimate the probability that a pitch-fatigued listener will lose track of a grimly literal chronological account of the plot midway through the second sentence?

If you just went pale, would-be pitchers, your answer was probably correct. Let’s get back to Barbara Kingsolver.

Even though the elevator speech above for THE POISONWOOD BIBLE does not do it justice, if I were pitching the book (and thank goodness I’m not; it would be difficult), I would probably use the speech above, then add AT THE END, “The reader sees the story from the very different points of view of the five daughters, one of whom has a mental condition that lifts her perceptions into a completely different realm.”

Not ideal, perhaps, but it gets the point across.

But most pitchers of multiple POV novels are not nearly so restrained, alas. They charge into pitch meetings and tell the story as written in the book, concentrating on each perspective in turn as the agent or editor stares back at them dully, like a bird hypnotized by a snake.

And ten minutes later, when the meeting is over, the writers have only gotten to the end of Chapter 5. Out of 27.

I can’t even begin to estimate how often I experienced this phenomenon in my pitching classes, when I was running the late lamented Pitch Practicing Palace at the Conference-That-Shall-Remain-Nameless, and even when I just happen to be passing by the pitch appointment waiting area at your average conference. All too often, first-time pitchers have never talked about their books out loud before — a BAD idea, by the way — and think that the proper response to the innocent question, “So, what’s your book about?” is to reel off the entire plot.

And I do mean ENTIRE. By the end of it, an attentive listener would know not only precisely what happened to the protagonist and the antagonist, but the neighbors, the city council, and the chickens at the local petting zoo until the day that all of them died.

Poor strategy, that. If you go on too long, they may well draw some unflattering conclusions about the pacing of your storytelling preferences, if you catch my drift.

This outcome is at least 27 times more likely if the book being pitched happens to be a memoir, incidentally: because most memoir submissions are episodic, rather than featuring a strong, unitary story arc, a rambling pitching style is likely to send off all kinds of warning flares in a pitch-hearer’s mind.

Word to the wise: keep it snappy, and emphasize the storyline.

Which brings me to the second reason that it’s better to tell the story of the book, rather than the story of each of the major characters: POV choices are a WRITING issue, not a storyline issue per se. And while you will want to talk about some non-story issues in your pitch — the target audience, the selling points, etc. — most of the meat of the pitch is about the story (or, in the case of nonfiction, the argument) itself.

In other words, the agent or editor will learn HOW you tell the story from reading your manuscript; during the pitching phase, all they need to hear is the story.

Which is why, in case you are curious, so many agents seem to zone out when a writer begins a pitch (and believe me, many do) with, “Well, I have these three protagonists…”

It’s an understandable thing to say, of course, because from the writer’s perspective, the structural choices are monumentally important. But from the marketing POV, they’re substantially less so.

Don’t believe me? When’s the last time you walked into a bookstore, buttonholed a clerk, and asked, “Where can I find a good book told from many points of view? I don’t care what it’s about; I just woke up this morning yearning for multiplicity of perspective.”

I thought not. Although if you want to generate a fairly spectacular reaction in a bored clerk on a slow day, you could hardly ask a better question.

I have a bit more to say on this subject, but if I don’t post this soon, it will be tomorrow’s blog, not today’s. (Speaking of being over-literal…and over-tired) Get a good night’s rest, everybody, and keep up the good work!