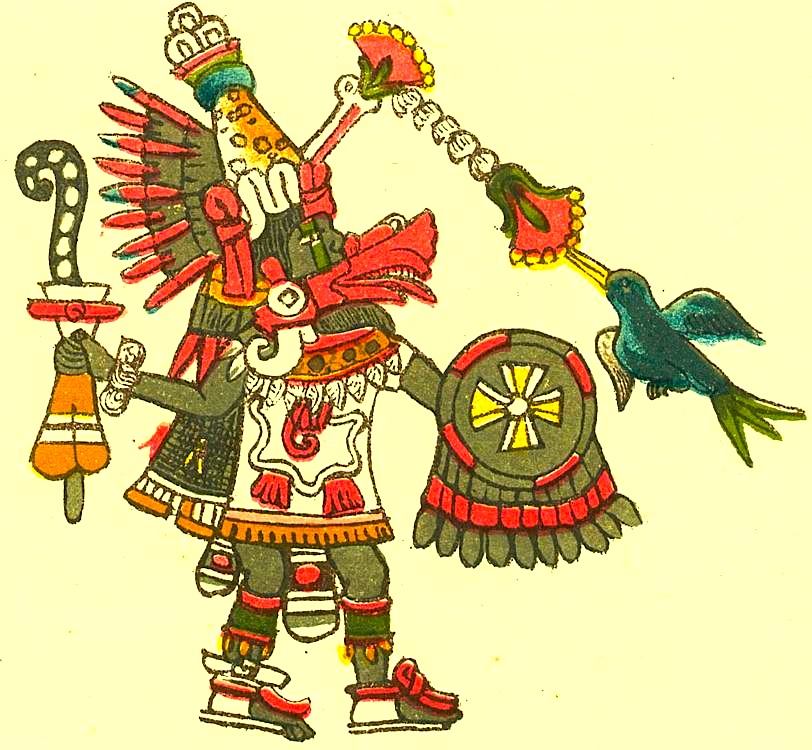 My, but yesterday’s little homily was unsettling, wasn’t it? For those of you tuning in late, I was waxing poetic over the weekend about how appallingly easy it is for a perfectly innocent writer, unburdened with much knowledge of industry norms of conduct, to alienate a pro who was previously all ready to help him.

Not to mention the person who hasn’t yet said no, or whom one has yet to meet. Because, let’s face it, the publishing industry is a world where writers do need people they barely know — or don’t know at all yet — to do them favors.

In case anyone out there is confused on the subject: anytime an aspiring writer asks someone affiliated with the industry to assist him or her in skipping or speeding up the standard steps involved in querying, pitching, finding an agent, and/or getting published, s/he is asking a favor. While it is indeed agents’ and editors’ jobs to discover new talent, it’s not typically their only job, and helping out the aspiring isn’t even mentioned in a published author’s job description.

So if someone is willing to extend a helping hand, it’s generally because they’re nice. This is not a business where being pushy, or even being a good salesman, is necessarily going to work.

That’s why I refer to the finesse that allows savvy writers to avoid such faux pas as industry etiquette: like the old tried-and-true Emily Post guidelines, following these rules may not allow you to relax much around agents, editors, and published authors, but at least you know you won’t come across as a (fill in the clumsiness metaphor of your choice here).

As the British used to tell their children, manners cost nothing — but, as we saw in poor Pablo’s case yesterday, sometimes not having manners can be very costly indeed.

Yesterday, I ran through some of the common permutations Pablo’s ilk of misapprehension tends to take, but I assure you, there are others: topping the hit parade, for instance, are handing a manuscript to an agented friend and just assuming he will pass it along to his agent, but so is bot giving any sort of writing sample to an agented writer at all, but asking her to recommend you to her agent anyway and e-mailing an unrequested manuscript to an agented writer with a request that it be passed along.

Really, these are all fruit of the same tree – the initial assumption that someone else is going to do the writer’s legwork for him.

Everyone clear on that? Good. Now that you all know not to sling your manuscript in the general direction of anyone who might conceivably be able to introduce you to an agent, I’m going to concentrate today and tomorrow on more creative ways to mess up a relationship with a potential helper.

While you’re reading through, keep asking yourself this question: what single, simple thing could each of these exemplars has done to prevent falling into the proverbial soup?

Referral-farming scenario 9: Quincy and Quetzalcoatl (hey, there aren’t a whole lot of Q names) have known each other for years, having met at a writer’s conference a long time ago. Although they live on different sides of the country, thanks to e-mail, they have kept in touch as well as they would have had they lived in the same major metropolitan area.

Perhaps more so: writers, as we all know, make far and away the best e-mail correspondents.

I hate to be the one to break it to you, but when ordinary citizens e-mail one another, they exchange only a couple of lines. Gospel. Some — oh, I tremble to tell you this — don’t even put that much of themselves into correspondence with their friends, but instead merely forward jokes written by other people and photographs of their infants drooling!

So, being writers, Quincy and Quetzalcoatl have shared the highs and the lows of their quest for publication in great, multi-page detail. Last year, Quetzalcoatl successfully self-published a slim volume on how to use commas to maximum effect, and has been going around to conferences ever since, speaking and promoting his book. Sensibly, he made a point of chatting with all of the agents at these conferences, with an eye to ending up on one of their representation lists.

After one such conference, Quetzalcoatl e-mails Quincy, all excited. “You’re not going to believe it,” our serpent king writes, “but agent Quibble jabbered for ten minutes about the kind of book he’s looking to represent, and it sounded just like yours!”

Quincy is astounded and grateful, of course — he has been shopping his epic, QUO VADIS, around since the last millennium, raking in stacks and stacks of rave rejections, but no offers.

So he immediately e-mails Quetzalcoatl back: “Tell Quibble about me!” To make it easier for his friend, he attaches a complete e-mail version of QUO VADIS for Quetzalcoatl to forward to Quibble.

Quetzalcoatl is nonplused: yes, he met Quibble at the conference, but they certainly don’t know each other well enough to be exchanging unsolicited manuscripts. Uncomfortable with the position into which Quincy has placed him, he suggests gently that his friend should approach Quibble in the standard manner, via a query, perhaps mentioning that Quetzalcoatl had recommended him as a potential good fit.

“It would have a better chance,” Quincy writes back immediately, “coming from you.”

Although Quincy waits for months to hear that his big break has arrived, he never hears from Quibble at all. Suspecting that Quetzalcoatl never bothered to follow through, Quincy stops returning his e-mails, and the friendship fades.

Finish wiping your eyes over this sad tale of loss and betrayal, put away your handkerchiefs, and consider: what did Quincy do wrong, other than jump to unwarranted conclusions about his long-term friend? (Fie! Fie!)

At one level, Quincy made Pablo’s mistake: he assumed that because he was being offered help, the helper would be doing all the requisite legwork from here on out. However, his follow-up misconception was a subtler oneL he thought, mistakenly, that he was being offered a personal introduction to Quibble, and before he took advantage of it, he wanted to make sure that Quetzalcoatl had already pitched his book in glowing terms.

Essentially, he wasn’t willing to put effort into pursuing the opportunity Quetzalcoatl had turned up for him until he was already assured a warm reception.

But he did not tell his friend that, so Quetzalcoatl in his turn assumed, naturally enough, that a querier as experienced as Quincy would automatically have leapt upon the tip and run with it. He would have been flatly astonished to learn that Quincy did not follow up on it, but since Quincy was too busy fuming to say anything at all, Quetzalcoatl has never heard one way or the other. All he knows is that for some unexplained reason, Quincy has disappeared.

Could be a lof of reasons for that, right?

It’s vital to remember that it’s not the helper’s job to second-guess what the helpee thinks is going on; it’s precisely the other way around. In point of fact, Quetzalcoatl was offering something quite different than Quincy assumed: a lead to an agent who had stated publicly that he was already interested in Quincy’s kind of work.

As those of us who have been through the querying mill a few dozen times know, such a tip is not to be sneezed at, upon, or even near. It’s valuable information, and Quetzalcoatl had every reason to expect Quincy to be at least a little bit grateful for it.

So what should Quincy have done instead? Sent out a query to Quibble that very day, of course, including in the first paragraph the sentiment, “Since you announced at Conference X that you were interested in Roman epics, I hope you will be open to reading my novel, QUO VADIS…” Basically, he should have taken the precious information Quetzalcoatl had given him, run with it, and blessed his friend eternally for providing it.

Instead, he just waited for the person who had just helped him to help him still more — essentially expecting Quetzalcoatl to act as his agent (as if he didn’t have his hands full fighting off Cortez, the conquistadors, and smallpox AND marketing his own book). Then, still less excusably, instead of talking to his old buddy Q about what should happen next, he kept quiet until he began to resent that Quetzalcoatl hadn’t done MORE for him.

Pretty meagre payback for Quetzalcoatl’s having done his friend a favor, isn’t it?

In essence, Quincy let a long-term friendship deteriorate because it did not occur to him that his own conception of what he was being offered was inaccurate. From an outside perspective, this seems rather silly, because a few simple questions would have elicited the fact that Quetzalcoatl was not in fact in a position to offer Quincy anything more than a little inside information.

Truth be known, Quetzalcoatl is not on terms of close personal friendship with Quibble: in reality, they sat at the same table for lunch on one day of a three-day conference, chatting about their favorite science fiction books. While waiting for his own lecture to start, Quetzalcoatl sat in on a class Quibble taught — and that was where he learned of Quibble’s love for QUO VADIS-like literature.

Now, this information could not help him personally – Quetzalcoatl’s next book is a NF tome on the historical importance of the ampersand. Yet, like the sterling member of the aspiring writer community that he is, he immediately bethought himself of his friend’s book, and passed the info along.

Thus was a good deed punished. And, should Quetzalcoatl ever find out why Quincy stopped speaking to him, how likely is he ever to do a similar favor for another aspiring writer again?

The moral of this story is not, as a cynic might tell you, never to stick your neck out for a friend. No, I think we can all agree that the world — or at any rate our little corner of it — would be a far, far better place if more of us acted like Quetzalcoatl. No, not by being friendly to the plague-carrying conquistadores; by using what we learn at conferences, classes, online, etc., to help our writing friends whenever and wherever we can.

The actual moral is that it’s ALWAYS a good idea to ask follow-up questions of people offering to help you get ahead in the industry. Make sure you know precisely what kind of assistance is on the table — and what you will need to do to take advantage of it without stepping on anyone’s toes.

Oh – and remember to thank your benefactors, for heaven’s sake, regardless of the ultimate outcome of their assistance. Regardless of his original misapprehension, it wouldn’t have killed Quincy to scrawl “Thanks for the tip” in a holiday card. By doing so, he might have saved the friendship – and restored Quetzalcoatl’s faith in humanity.

A scant handful more examples, and then I’m through. Visualize synopses beginning Wednesday. In the meantime, keep up the good work!