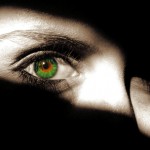 Welcome back to Part II of your treat for having made it all the way through the Manuscript Formatting 101 series: a first-hand account from a FAAB (Friend of Author! Author! Blog) of a book tour by a recently-published author. Bookmark these posts, because someday you’ll need them.

Don’t quibble about when someday will come. Whenever it does come, you’ll want to be ready, won’t you?

Yesterday, FAAB Michael Schein, author of the recently-released JUST DECEITS gave us a humorous peek into the hectic world of being one’s own publicist, as well as some very valuable tips on how to set up book readings. (In response to that great gasp I just heard from those of you who missed yesterday’s post, no, Virginia, one’s publisher doesn’t always set those up for one. Increasingly, it’s up to the authors of books released by major publishing houses, just as it’s always been to self-published authors, to schedule public readings.)

Today, Michael is being kind enough to share his experience of what happens after an author gets to such a reading, as well as insights on how to cajole attendees into actually shelling out the dosh for a copy.

Speaking of which, I would be remiss to my duty to a fellow author if I did not add: if you happen to have a mystery lover or two on your holiday shopping list, here is a brief description of JUST DECEITS to whet your gift-giving (and reading) appetite:

In 1793, the most powerful family in Virginia found itself embroiled in scandal: Richard Randolph and his sister-in-law, the beautiful and impetuous Nancy Randolph, were charged with adultery and infanticide. Based on actual events, Just Deceits tells the story of the Trial of the Century – the 18th Century – as the remarkable defense team of wily Patrick Henry and ambitious John Marshall battled each other, their clients, family intrigue, the prosecution, and the truth itself, trying to save their clients from the gallows. In its ribald portrayal of a young legal system already driven more by spectacle than evidence, Just Deceits calls into question the feasibility — and even the desirability — of uncovering “the whole truth.” Ultimately, in the secrets revealed and the relationships celebrated, Just Deceits is as much a story of a trial of love as the trial in the courtroom.

You may buy JUST DECEITS directly from Michael’s website, from his publisher, if you’re in the mood to spread the Christmas spirit to an independent press, or on Amazon. If you’d like to buy it from him in person, here’s a link to his tour schedule.

Why do I so often list several venues for buying my guest bloggers’ work? Knowing how publishing works, mostly: in case you weren’t already aware of it, these days, the author’s royalty rate varies by where a book is sold. Typically, that rate is highest through the author’s or publisher’s website and lowest at discount clearinghouses like overstock.com. (Yes, you read that correctly: much of the discount offered by discount venues comes out of the author’s pocket.)

Once again, please join me in welcoming Michael Schein. Pay close attention, think good thoughts about your own future book tours, and keep up the good work! 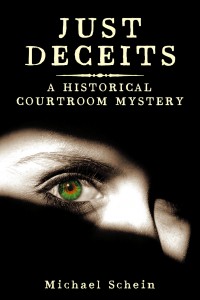 How to sell a book, one at a time. OK – it’s the day of the book signing! I just had the first one of my tour today (11/18). It was my fifth overall. I sold 13 books today on a quiet Tuesday evening (in three hours), and the Barnes & Noble manager said that as signings go, that’s a success.

I certainly think so – I feel quite good about it. I’m being read by people from various parts of the country, including (aside from Washington State, where I live) Virginia, Missouri, Minnesota, Texas, West Virginia, Alabama and New Jersey. If they like it, they’ll probably tell their friends and family – because I asked them to.

Making contact with your future readers. If you aren’t John Grisham, the first and most important thing about a book signing is to get your butt up out of the chair.

The only time to sit in the lovely chair the bookstore will provide (it’s a leather throne at Seattle Mystery Bookshop) is while actually signing the book you just sold. Then get up and shake your new reader’s hand as you return the book to him/her. That won’t make up for a crappy book, but it will make your new reader want to like your book, which doesn’t hurt.

Second, don’t wait for people to approach you – they won’t. Don’t stalk them, but greet them as they walk by, and ask, “May I tell you about my new novel?” or something to that effect.

It takes a hard heart or a big hurry to answer “no” to that one.

Your pitch – the same one that sold the book – comes next. Every time you say it, say it like it is the first time (but without the stuttering). In other words, this is conversation, not telemarketing.

Show the customer the back cover – the one with the great blurbs. Hand it to them. Put the product in their hands.

Ask a question: “Are you interested in history?” (for historical fiction) “Where are you from?” “Have you ever dreamed of traveling to Africa?” (for a book involving Africa).

You’ll get used to it – again, this is simply conversation. Don’t do all the talking. Listen.

Once you’ve engaged a person in conversation, you’ve probably got a sale. But you still need to close the deal.

The correct way to close a book deal is not, “Would you please buy my book?” It is “May I sign that for you?” “Shall I personalize it?”

Once signed and personalized, it is sold.

Pretty scary, huh? Look, we can be artists on our own time. When we are in the bookstore, our job is to sell books. If you need motivation beyond the royalties, remember this – that new masterpiece taking shape in your hard drive is unlikely to see the light of day if your current book flops.

Nov. 19. More pitfalls on the road. All the above sounds rational, right? Forget rational. The world is not what it seems. Or, worse yet, maybe it is.

On Nov. 19th I found that the Richmond stop I’d sweated blood over was a small house off the main road on the edge of a small shopping district where there’s no foot traffic. True, the owner was kind and interesting, the shop was crammed to bursting with an eclectic assortment of books, and it had been in business somehow for 28 years, but still, it was dead. It had never been my first choice, but writers can’t be choosers: it was an independent non-Christian bookstore and therefore something special in post-apocalyptic America.

Despite marketing through their email list and by postcards to local lawyers, the only two people who showed up were my brother-in-law, and the woman who owns the B&B where I’m staying. I could have sold to them directly, and made more on each sale.

No one else even entered the shop from 7 pm to 8:20 pm, when I gave up. Then I did what you cannot do if you are to make a profit – I bought an expensive book. It is hard to sit in a bookstore for over an hour with nothing to do, and not buy a book or two.

This is so glamorous!

What do you mean, the books aren’t here yet? My publisher was supposed to ship two cases of books, and I needed them for my 11/20 appearance at the John Marshall House, since they hadn’t ordered books directly. I’d made arrangements with Anna, the B&B proprietor, to ship books to her, so I was disappointed to find when I arrived the night of 11/18 the books were not yet here. Nor did they arrive on Nov. 19.

Finally, I got the tracking numbers from my publisher – and sure enough, they had arrived on Nov. 17th, and been signed for by Anna! It was too late to ask her again, but I sent an urgent email, and then didn’t sleep well all night, thinking they’d been stolen.

The story emerged the next day. Anna (an otherwise very capable woman) had hosted another writer the previous weekend (see, I told you last time that we’re thick as flies), and had arranged with his publisher to take a shipment. She’d forgotten about the same arrangement with me, so when the books arrived, she assumed they were his, and had his sponsor pick them up for shipment to his next stop – New Hampshire!

My books were on their way to a general store in the Granite State and my signing in Richmond was in three hours.

Frantic calls, texts, and imprecations to the ghost of Jack Randolph, who I’d insulted the previous day during my visit to Hollywood Cemetery, resulted in a rescue worthy of Lassie, as my books were snatched off the loading dock with all the shipping labels affixed, and somehow returned to me.

And so, to end this tale of woe and wonder, this life of ours is never boring as soon as we step off the edge, and call ourselves writers.