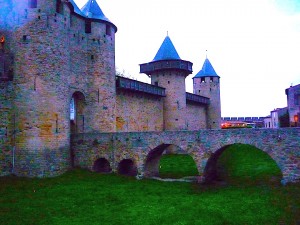 It’s also, and probably more to the point at the moment, a half-hour drive from La Muse, where I am currently enjoying a particularly productive writing retreat.

Speaking of which: I begin today by repeating yesterday’s announcement about the new deadline for the First Periodic Author! Author! Awards for Expressive Excellence: entries are no longer due yesterday. Although as those of you who are already working with agents and editors can probably attest, I need it yesterday actually isn’t all that unusual a request in the publishing industry (which seems to run on two speeds: delay and panic; alternate and repeat as necessary), as you may have heard someplace, I’m on a writing retreat.

In fact, I’ve decided to extend the retreat another couple of weeks. I’m writing up a storm, and where there’s such great support for writing AND magnificent cheese…

So l’m also extending the contest deadline. Entries are due via e-mailed by midnight on Monday, June 1.

Yesterday, I introduced you to the Frankenstein manuscript, the frightening entity that is presented as a book written by a single author, but reads as though it had been written by several, so different are the voices, perspectives, and even word choices throughout. To professional readers — e.g., agents, editors, contest judges, and our old pal Millicent, the agency screener — this kind of patched-together manuscript is a sign of a not-yet-fully-developed authorial voice.

And why is that, boys and girls? Chant it with me now: because a fully-developed voice is consistent throughout the entire narrative.

Unfortunately for those who like to experiment with multiple voices, such meandering manuscripts are common enough that tend to become profoundly suspicious of any manuscript that changes style or voice abruptly — at least, if those manuscripts were produced by first-time authors. With the super-quick readings that manuscripts generally receive in the pre-acquisition stage (and always get in the first round of contest judging), the Frankenstein manuscript and the manuscript genuinely setting out to do interesting things with perspective are easily confused.

There are many fine examples of good books where writers have adopted a Frankenstein format self-consciously, in order to make a point. If you are even vaguely interested in experiments in narrative voice, you should rush out and read Margaret Atwood’s ALIAS GRACE. In this novel-cum-historical account-cum narrative nonfiction book, Atwood tells the story of a murder, alternating between a tight first-person point of view (POV, for the rest of this post), straightforward third-person narrative, contemporary poems about the case, letters from the parties involved, newspaper clippings and even direct quotes from the murderess’ confession.

It is an enjoyable read, but for writers, it is also a rich resource on how to mix battling narrative styles and structures well; as one might expect from a stylist as gifted as she, Atwood constructs her patchwork narrative so skillfully that the reader never has to wonder for more than an instant why (or how) the perspective has just changed.

Which is, in case you were wondering, one of the primary reasons Millicents usually object to narrative shifts: in multiple POV manuscript submissions, it’s not always clear when the perspective switches from one character to another. It’s especially confusing if the different viewpoints — or worse, various narrators in a multiple first-person narrative — are written in too-similar voices.

Is everyone clear on the distinction I’m making here? A Frankenstein manuscript often displays unintentionally displays a multiplicity of voices, tones, vocabulary levels, etc. A well-written multiple POV novel, by contrast, presents each point of view and/or first-person narrative voice as distinctly different, so the reader doesn’t have any trouble following who is in the driver’s seat when, plot-wise.

Or, to put it another way, the Frankenstein manuscript is evidence of a lack of authorial control, consistency, and often, proofreading; a good multiple POV narrative is beautiful evidence of a sure authorial touch, a strong sense of character, and great attention to detail.

That being said, it is just a hard fact of submission that it’s a whole lot easier for an established author to impress professional readers with a multiple POV novel — or, indeed, any sort of experimental writing — than someone trying to break into the biz. I admire Margaret Atwood tremendously as novelist, poet, and essayist; I have spent years crossing my fingers as she hovered around the short list for the Nobel Prize. However, I suspect that even she would have had terribly difficult time marketing ALIAS GRACE if it were her first novel, at least in the current market, due to its arguably Frankenstein structure.

Ditto for the inimitable Mario Vargas Llosa’s AUNT JULIA AND THE SCRIPTWRITER, one of my favorite novels of all time, and also a must-read for any writer considering playing funny tricks with narrative voice. Vargas Llosa is something of a structural prankster, folding, spindling, and mutilating the ordinary rules of storytelling in order to keep the reader off-balance.

The result, I must admit, might confuse a reader who wasn’t already in love with his writing from other books. One might be tempted, upon encountering the third or fourth startlingly radical shift in tone, vocabulary, and apparently intended audience, to conclude that this is just a Frankenstein manuscript by a writer who couldn’t make up his mind what the book is about.

But if he were trying to market AUNT JULIA AND THE SCRIPTWRITER right now as a first novel…well, you know the tune by now, don’t you?

The moral here is this: once you’ve gained international acclaim as a prose stylist, you have a lot more leeway to mess with the conventional rules of writing. So please don’t kid yourself that just because your favorite author got away with an experiment, you can necessarily do so as well.

Heck, Alice Walker made up entirely new punctuation rules for THE COLOR PURPLE, and that won the Pulitzer Prize. In SEEING, José Saramago treated us to an entire narrative devoid of punctuation that I, for one, consider necessary to clear communication, and he won the Nobel Prize.

But that doesn’t mean you should try either of these things at home. It’s just too likely that Millicent will take one look at your fascinating experiment and exclaim, “Here’s another one who doesn’t know how to use a semicolon!” or “Criminy, what makes this guy think I’m going to read more than two sentences of a book without any periods?”

Sad, but true. In your first book, in the current market, you probably cannot get away with breaking more than one or two of the rules — and even those need to be immistakably marked, so agents, editors, and contest judges know that you broke them for a reason, rather than out of ignorance.

Trust me, no one on the Pulitzer committee seriously believed that Alice Walker did not know how to use a semicolon properly.

“Wait a gosh-darned minute,” I hear some of you exclaiming. “I take some liberties with narrative style, but it becomes clear over the course of the book why I’m doing it. By the end, it will seem downright clever to the reader. Do you mean to say that if it is not clear in the first 50 pages, or whatever short excerpt the agent, editor, or contest has asked to see, my innovative experiment in English prose might just get thrown into the reject pile because it will be mistaken for bad writing?”

In a word, yes. Next question?

Before you fret and fume too much about how the intense pre-screening of the current agency system prevents genuinely bold experiments in writing from reaching the desks of publishers at the major houses, take a moment to consider the Frankenstein manuscript from the point of view of the agent, editor, or judge who finds it on her desk one busy morning.

It’s not a pretty sight, I assure you; stitched-together corpses seldom are.

As a freelance editor, when I receive a Frankenstein manuscript, I have the option of sitting down with the author, having a major discussion about what she wants the book be, and helping guide the work toward more internal stylistic consistency. Basically, the process entails identifying and compiling a list of all of the battling styles, making the author come up with a justification for using each, and having the justifications duke it out until one (or, rarely, two) is declared the winner by the author.

It takes time, and it’s generally worth the effort. But had I mentioned that freelance editors are generally paid by the hour?

However, when a screener at an agency or an editor at a publishing house receives a Frankenstein manuscript — and yes, some manuscripts are so internally scattered that the problem becomes apparent in just the first chapter or first 50 pages — she is unlikely to have the time to figure out which voice and/or style is going to end up dominating the book. Even if she absolutely loves one of the styles or voices, her hectic schedule does not allow time for equivocation.

She must that she select one of two options, and quickly: either she commits to nursing the author through precisely the kind of boxing match I described above, or she can simply reject the work and move on to the next submission, in the hope of finding a writer whose book will not need as much tender loving care.

With literally hundreds of new submissions coming in each week, which option do you think she’ll select more often?

When a contest judge receives a Frankenstein manuscript, the choice is even quicker and more draconian. The judge knows that there’s no question of being able to work with the author to smooth out the presentation; in the vast majority of literary contests, the judge won’t even know who the author is.

Plop! There it goes, into the no-prize-this-year file. Better luck – and first readers – next year.

The moral, I devoutly hope, is obvious. If you are attempting to play with unconventional notions of structure or style, make sure that it is pellucidly clear in the manuscript exactly what you are doing. Don’t leave it to the reader to guess what you’re up to, because, as I’ve shown above, professional readers just don’t have the time to figure it out.

Also, consider making your deviations from standard structure and narrative rules bold, rather than slipping them in here and there. Experimenting with several styles within a short number of pages is decidedly risky – and perversely, the less daringly experimental you are, the riskier it is, because tentative attempts look to professional eyes like unfinished work.

To borrow E.F. Benson’s wonderful example, let’s say you were planning to paint a picture of a house down the street. The house has a crooked chimney. The novice painter would paint it exactly as is, unskillfully, and viewers of the finished painting would wonder forever after if the chimney had really looked like that, or if the novice just couldn’t paint straight lines. An intermediate painter would paint the chimney as straight, to rule out that conclusion.

But an expert painter would add 10 degrees to the angle of the chimney, so there would be no doubt in the observer’s mind that he had painted it that way intentionally.

The more deliciously complex and groundbreaking your chosen style is, the more clearly you should announce it. Unless, of course, you want to wait until you’re on the short list for the Nobel Prize before you start getting wacky.

Tomorrow, I shall talk about practical measures to keep your manuscript from falling accidentally into the Frankenstein realm.

In the meantime, keep up the good work!