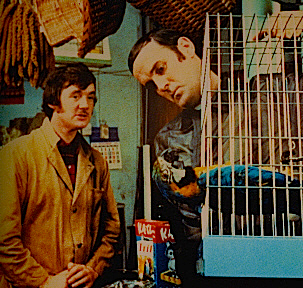 It’s got to be a quick one today, I’m afraid, campers: as some of you may have suspected when I didn’t turn up here yesterday, the monster deadline I mentioned last week has devoured me whole. While I’m busy crawling out of its gullet, though, I didn’t want you to think I had forgotten you.

Last time, I suggested that if you write nonfiction, you might want to use part of your synopsis to establish — gently — your platform, to make it pellucidly clear to agency screener Millicent in even her worst moods that you are indeed uniquely qualified to write the book you are summarizing. While that is a pretty good idea, it occurred to me in the dead of night that before I proceed with more synopsis-writing advice, I might want to warn you about tumbling into the rather common opposite trap.

I refer, of course, to synopses that sound not just like back jacket blurbs for the book, all premise and puff, without a serious overview of the plot, but like the speech the MC makes before handing the author his or her Lifetime Achievement Award: not only is this book’s author brilliant, talented, and the best person in the universe to write this book, but a great humanitarian and my close personal friend as well.

It’s funnier if you picture Sammy Davis, Junior saying it. Or if you happen to be old enough to remember the alcohol-soaked roasts where compères used to utter such platitudes.

If you are writing a synopsis for a novel, PLEASE avoid the temptation to turn the synopsis into either a self-praise session (“My writing teacher says this is the best comic novel since CATCH-22!”) or an essay on why you chose to write the book (“Wrenched from the depths of my soul after seventeen years of therapy…”). Neither tends to work well, both because neither is really about the book — and, let’s face it, praise is more credible coming from someone other than the person being praised, isn’t it?

And if you doubt the latter, flip over pretty much any book published in North America within the last twenty years and take a gander at the blurbs from famous people. Don’t they ring truer coming from pens OTHER than the author’s?

Yet both the relayed second-hand compliment and the diatribe about the author’s personal motivation for writing the book are rather common inclusions in synopses. How common, you ask? Well, if I had a dime for every novel synopsis or query I’ve seen that included the phrase, it isn’t autobiographical, but… I would own my own miniscule island in the Caribbean.

If I had a dime for every time I’ve heard it in a pitch, I’d fly the remaining members of Monty Python to that Caribbean and have them do the parrot sketch live for my friends. Or maybe just listen to Eric Idle talk for several hours straight. (One pretty good indication that a 4th-grader is going to grow up to write comedy: she has a crush on the guy in Monty Python who did his writing solo, rather than with a partner. Swoon!)

And if I had a dime for every time seen it in a query letter, I’d just buy the five major North American publishing houses outright and make their policies more writer-friendly. But it seems that the repetition fairy isn’t giving out spare change to editors like me anymore, no matter how many aspiring writers I stuff under my pillow. More’s the pity.

The frequency with which synopsizers attempt these approaches is precisely why these techniques are so often turn-offs for our pal Millicent the agency screener — or her Aunt Mehitabel the contest judge, for that matter. When you’re reading 800 submissions per week, commonalities can get pretty darn annoying. At minimum, they can make the synopses that contain them all start to blur together.

Trust me, however true any second-hand praise above may be — not knowing your writing teacher and her relationship to Joseph Heller, I cannot comment upon the blurb above’s veracity — or how difficult it was for an author to write a book, both forms of self-compliment come across as clichès.

Besides, a good fiction synopsis is NOT a justification for having written the book in the first place: properly, it is one hell of a good story, presented well. Period.

For nonfiction, as I mentioned yesterday, you will want to do some gentle self-promotion, to give an indication of why your book is uniquely marketable and you are the most reasonable person in the universe to write it (platform, platform, platform!) but again, try not to get sidetracked on WHY you chose to write it or boasting about how generally necessary this book is to the betterment of humanity.

Again, it may surprise you to hear, but a LOT of NF synopses go off on these tangents, to their own detriment. Given a choice, use the space to flesh out your argument with — chant it with me now, readers — INTRIGUING SPECIFICS.

There are very few contexts in the publishing world where launching on a lengthy disquisition why you wrote the book is even appropriate — and just so you have it in the back of your mind for future reference, here they are:

(1) Within a nonfiction book proposal, it is sometimes a necessary component to making the argument that you are uniquely qualified to write the book you are proposing, to establish your platform or the book’s marketability. If so, your agent may well advise you to add a section to the proposal entitled something like, “Why Tell This Story Now?”

(2) Within the context of an interview AFTER the book is released, writers are free to ramble on about it as long as they like. Interviewers LOVE hearing about writers’ motivations — which, I suspect is why aspiring writers so often want to tell everyone they see what is and is not autobiographical in their novels; we’ve all seen it in a million literary interviews.

(3) When you are chatting with other writers, or if you become very, very good friends with your agent or editor after the contract is signed. Then, talking about it until you’re blue in the face is an accepted part of the creative process.

(4) Immediately after Eric Idle asks you, “So what inspired to became a comic novelist?”

Other than those four situations, however interesting your motivations may have been, they tend not to be anywhere near as interesting to other people — at least those who work in the publishing industry — as the book itself. Nor should they be. At least if the book is any good.

Don’t believe me? Start attending book readings for tomes you are unlikely to read. 99% of the time, the author will speak at length about why s/he chose to write this particular book. Watch the audience’s reaction: it’s rare that eyes don’t glaze over at this point.

After you have attended three such readings within the course of a week without yawning once, THEN come to me and talk about whether your synopsis should include a paragraph on why you wrote the book.

I know it’s hard to accept, but actually, in a business sense, why an author wrote any book is not particularly important to the industry. In their eyes, unless you are a celebrity cashing in on your name recognition, you wrote your book for one very simple reason: because you are a writer.

Writers tend to do that, they’ve noticed. From that rather cold point of view, a writer who goes on and on about the psychological impulses to tell a particular story (unless the book in question is a memoir) comes across as not very professional — or, at any rate, as a writer who might not really understand that readers can’t reasonably be expected to purchase a book simply because the writer went to the trouble of writing it.

Sorry to be the one to break it to you, but it’s true: as much as we writers love to talk about our creative process, on the business side of the industry, such discussion tends to be regarded as a sign of that species of self-involvement that can render an artist rather deaf to the demands of the marketplace.

I have extremely mixed feelings about this assumption, because in my experience, most aspiring writers tend to blurt out their reasons for penning a book not because they think of themselves as Artistes Above Such Sordid Considerations as Marketability, but because they feel so isolated throughout the actual writing process. After years locked up with a book project, it can a positive relief to be able to talk about it to someone, isn’t it, especially when that someone is empowered to get the book published at long last?

It’s natural, it’s understandable, and it’s probably even healthy. By all means, go with that impulse. But please, please take my word on this one: you should most emphatically not do it in your synopsis.

Or indeed, in the presence of anyone employed in the publishing industry, unless you are responding to a direct question from an agent or editor. At least, not until after a contract is signed.

As usual, there are a couple of exceptions. Obviously, if the agent of your dreams asks, “So, where did you get the idea for this book?” you can and should give an honest answer, unless you happen to have beaten another writer over the head in the dead of night and stolen her work-in-progress. Or if someone stands up at a book reading and asks the same question — although as a rule, I would discourage planting your significant other or other crony in the audience to ask that particular question.

Also — at the risk of repeating myself — if you have some very specific expertise that renders your take on a subject particularly valid, feel free to mention it in your pitch or query letter. And in your synopsis, if you are summarizing a nonfiction book. But in fiction, that information does not really belong in the synopsis.

But I can feel already that some of you are not going to fight me on this point. So here is a bit of advice for those of you who are planning to, well, ignore my advice: if you are writing a novel, and you feel that you have an inside perspective that simply must be mentioned in the synopsis, stick it at the end, where it won’t be too intrusive.

On that logically convoluted note, I leave you for the day. Keep up the good work!