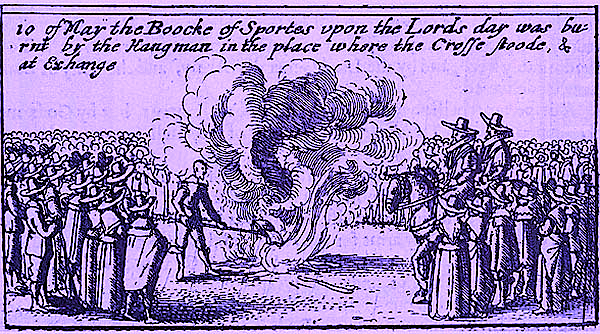 I’m only just crawling out from under my great big deadline, campers (ah, the romance of a working writer’s life!), so I should probably get some serious sleep before I start professing to give advice again. At least on anything important like querying, submission, craft…

Or pretty much anything else we habitually talk about here at Author! Author!, come to think of it.

I’ll be getting back to all of that tomorrow, of course, but right now, I could not think of a better way to spend the few non-horizontal minutes I have before restocking my depleted backlog of Zs than in noting today’s rather important literary anniversary: on this date in 1973, history tells us, the Drake, North Carolina school board so violently objected to a high school English teacher’s having assigned Kurt Vonnegut’s classic science fiction critique of World War II, SLAUGHTERHOUSE-FIVE that it not only forbade him to teach it — the school board fired the teacher.

Not the first time that ever happened, of course, nor, sadly, the last. What made this school board response special was that they rounded up all of the students’ copies of the book and burned them.

It would be easy to dismiss the incident as the kind of thing that doesn’t happen anymore, but SLAUGHTERHOUSE-FIVE has been one of the most consistently banned books in the world ever since. Reading it was forbidden in Levittown, New York in 1975, North Jackson, Ohio in 1979, and Lakeland, Florida in 1982. The Washington Park High School of Racine, Wisconsin was barred from buying it in 1984; by 1986, only students who had written parental permission could take it out of four Racine high school libraries.

In 1987, its residence on the shelves of LaRue County High School in Kentucky was challenged, and it was banned outright in all the schools in Fitzgerald, Georgia. The following year, the school board in Baton Rouge, Louisiana was urged to remove the book from all public libraries on the grounds that it was vulgar and offensive; the year after that, parents tried to have it removed from a high school course on the modern novel because of offensive language and the portrayal of women in the book. (A book which, incidentally, contains only two substantial female characters — not that any of Vonnegut’s female characters are ever especially substantial — an ex-adult movie star kidnapped by aliens and the protagonist’s unattractive wife.)

Seem like ancient history? Okay, try these on for size: in 1996, parents at the Round Rock Independent High School in Texas unsuccessfully tried to get the book removed on the grounds that it was too violent. In 1998, its presence as a summer reading option for incoming eleventh graders in Prince William County, Virginia raised quite a furor. In 2001, the book was removed from a tenth grade required reading list in Coventry, Rhode Island because a parent complained that it contained vulgar language, violent injury, and sexual content.

Still too long ago to make you a tad nervous? In 2007, a newly-elected school board member challenged SLAUGHTERHOUSE-FIVE and eight other books on the Arlington Heights, Illinois Northwest Suburban High School District 214′s reading list. Her objection arose, she said, not from having read any of the books herself, but from excerpts she’d read on the web. In the same year — that’s a scant two years ago, people — it was also under threat of ban in a high school in Howell, Michigan. That conflict escalated to the point that the following year, the county prosecutor actually had to rule on whether distributing the book was a criminal act.

It was not, as it turned out — comforting for writers everywhere, because that ruling was last year.

Why all the hoopla over whether high schoolers have free access to a book that, frankly, is far less sexually explicit than quite a bit of the YA currently on the market?

It’s a great question, because despite the novel’s strong criticism of US military policy in World War II and the fact that it would be rather difficult to write meaningfully about a war without at least mentioning an act or two of violence, the stated objections to the book are almost invariably about sexual content and language. Which, as I said, are not particularly shocking by the standards of any of our lifetimes; the totality of justifications those who decided to ban the book from the Owensboro, Ky. High School library in 1985 could scare up were “foul language, a section depicting a picture of an act of bestiality, a reference to ‘Magic Fingers’ attached to the protagonist’s bed to help him sleep, and the sentence: ‘The gun made a ripping sound like the opening of the fly of God Almighty.”‘

As long-term readers of this blog know, I’m no fan of censorship — nor, I think, should any writer hoping to make a living at it be. Barring a handful of books may not seem like a big deal to non-writers, but to us, it’s the thin edge of the wedge: if the late, great Kurt Vonnegut’s writing is subject to death by flame, so is every other writers’. Especially those who write anything edgy, or about unusual topics, or indeed, in non-traditional ways about society — which, in case anyone hadn’t noticed, is occasionally vulgar, violent, and yes, even sexual.

As both writers and readers, it’s tempting to fall into the comforting assumption that good writing will always find an audience, and stories worth telling will always get told. Neither is always the case.

How do I know? The single most commonly objected-to word in SLAUGHTERHOUSE-FIVE, the one that crops up in virtually every formal objection to the book, is one that I cannot use here on the blog, because if I did, the screening software employed in many high schools and public libraries would block this page. For school-age writers to be able to continue to tune in, I have to keep what I write here PG-rated.

I’m not saying that the word isn’t offensive — it is. (It refers to something Oedipus did with a close female relative.) I’m just saying that censorship does not have to be as overt as tossing a book into a fire to affect what ends up in front of readers’ eyes.

Write something interesting today, please, in honor of Kurt Vonnegut and that bonfire of books. Write something that nobody has ever thought of writing before. Write as if there were no such thing as fear of a book ban.

Which is to say: as always, keep up the good work!