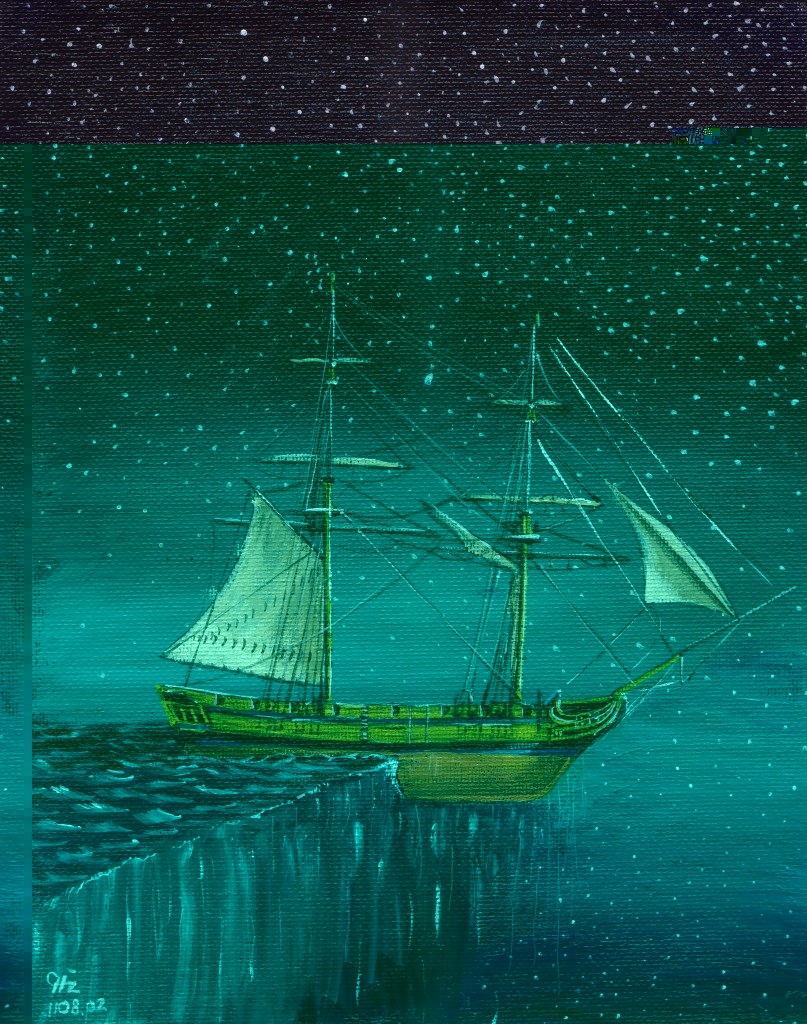 I’m hoping it will engender some intriguing discussion. Before I introduce Dave and his book in more detail, though, allow me to say: wow, I’ve been stunned by the enthusiastic response to the Author! Author! Perfect Pitch Competition. The deadline isn’t until the end of the month (Friday, September 30 at midnight in your time zone, to be exact), but I guess the prospect of winning a free Mini Consult on one’s opening pages and marketing materials is a pretty strong incentive. I’m also going to be posting and critiquing the winners’ and placers’ keynotes, Hollywood hooks, elevator speeches, and formal pitches in this very forum in October, so we can talk about what does and does not work in formats that brief.

So keep those entries rolling in, everyone. I really am getting a kick out of seeing what my readers have been writing lately.

Did it seem as though my enthusiasm led me to digress for a moment? Actually, I wasn’t: if Dave’s name seems familiar to those of you who have been hanging out here for a while, but not haunting the comments, it’s probably because he took second place for adult fiction in last year’s Great First Page Made Even Better Competition and first place in the essay category of 2009′s Author! Author! Awards for Expressive Excellence. He’s taken the time to amass quite a bit of what I like to call Eye-Catching Query Letter Candy.

In fact, I believe he commented on the post in which I first introduced the ECQLC concept. If memory serves, he made the first comment, even. But that’s not too surprising, as Dave was the very first commenter on Author! Author!, period, way back in the days when I was the Resident Writer for the Organization that Shall Not Be Named. (One of the reasons it shall not be named: despite my spending a year advocating vigorously for readers’ comments to be visible to everyone on that site — technically, the difference between a blog and a column — the organization refused.)

So it’s not too much of a stretch to say that Dave was the first member of the Author! Author! community; he’s certainly one of the thoughtful commenters who has helped it grow. (The How To… section of the archives was his idea, for instance.) He’s also, as a long-time member and current president of the Spokane Authors and Self-Publishers done more than his share to help other aspiring writers.

When he told me that he had decided to take his naval fantasy novel, Beyond the Ocean’s Edge, down the self-publishing path, then, I knew it had not been a light decision. This is a conscientious writer, one who had undoubtedly paid his dues — and had devoted the time to do something that surprisingly few writers considering self-publication do, talk with a wide array of authors who have already taken the self-publishing plunge.

Who better, then, to ask to talk about what factors went into that decision, as well as what he had learned? And who better to entice those of you who are considering or have already decided to self-publish into sharing your experiences, thoughts, hopes, and fears, as well as a little practical advice for those who will tread this relatively less-traveled path behind you?

My, that was a cumbersome sentence, but you get my drift. I want to engender some serious discussion of a topic that aspiring writers too seldom discuss in depth amongst themselves.

Those of you whose eyebrows hit your hairlines upon reading naval fantasy may already have figured out the other reason I thought Dave’s literary decisions might be interesting for us all to consider: this was definitely a hard book to categorize. Fantasy novels set on ships are not unheard-of, of course, but it’s hardly a well-established category. Here’s the blurb:

Hotchkiss continued on. “Ed! You didn’t see it?” The use of his captain’s first name on deck attested to the first lieutenant’s growing apprehension and maddening confusion.

“See what, Isaac, my old friend?” Pierce recognized his comrade’s state of mind and did not correct his lapse of quarterdeck etiquette. Clearly, a more personal and comfortable approach was needed.

“The stars! The stars, sir! We weren’t just looking up at ‘em. We were amongst them. There was the sea, and then there wasn’t. An’ the stars were below us as well! And we were there, right among them, like we were the stars themselves, or the moon, or. . .”

“I’m sure you saw what you’ve described. Unfortunately, I chanced not to see it, although I have had a strange feeling of timelessness.”

Is it possible to sail beyond the ocean’s edge to another world? In 1802, Royal Navy Lieutenant Edward Pierce is ashore on half-pay because of the Peace of Amiens. He fortunately gains command of a vessel searching for a lost, legendary island. When the island is found, Pierce and his shipmates discover that it exists in an entirely different but similar world. Exploring the seas around Stone Island, HMS Island Expedition sails headlong into an arena of mistaken identities, violent naval battles, strange truces, dangerous liaisons, international intrigue, superstition, and ancient prophecies.

Quick: on which shelf would you expect to find this in a brick-and-mortar bookstore? Many a Millicent, I’m sure, has scratched her head sore over that particular problem.

So let’s see what goes into the thought process of a writer professional enough to learn the ropes of traditional publishing — and then decided not to climb them. Take it away, Dave!

If I seem familiar to followers of Anne’s blog, I have it on good authority that I was the first to post a question in the days before Author! Author! existed as it does now. Over the years, the tone of my remarks should indicate that I sought publication by the traditional route. Why then have I recently charted a new course towards self-publishing?

When I finished my initial draft and realized that I might have something others would like to read, I knew nothing about getting published. Boxing up the manuscript, sending it to a publisher, and saying, “here’s my book, print it and send me the money!” didn’t seem to be the way to go about it. Serious about getting my work on the market, I bought the appropriately named Idiot’s Guide to Getting Published. I learned about literary agents, query letters and pitches. I discovered acquisition editors and editorial boards. I found that manuscripts had to survive a long road of competition and a process of elimination on the way to becoming published books.
.
Dangerously armed with a little knowledge, I set out to become a published author, only to discover the trail is longer, steeper, and more crooked than it seems. Writers groups, either informal gatherings or large regional organizations, smoothed many of the bumps. Online advice columns such as Author! Author! straightened the curves as I came to better understand the publishing industry. My query letters improved and I saw positive results as I sent more out. Increasingly those queries resulted in a request for pages or occasionally the entire manuscript. I attended conferences, soaked up inspiration from guest speakers, and pitched my book to attending agents.

Looking back, could I have been more diligent in my querying? There is always that unanswered question of the next query being the one that would have landed me an agent. Still, I sent out a mass of query letters over the years, even while narrowing my search parameters for agents who would possibly be interested. Of those agents who represented work most like mine, many were no longer taking on new writers. While I didn’t send as many queries or pitch as often as some, I sent enough to realize that traditional publication may not be meant for me.

I looked at independent presses, having heard that many leaned more towards the writing itself instead of the work’s money making potential. Yet a great many of them seemed to focus on writers from a certain geographic area or in specific genres. I did find a few that might be a fit for my work, and a couple even expressed a return interest. As luck would have it, nothing came about as a result of those submissions either.

I’ve been a member of Spokane Authors and Self-Publishers since first setting out on the road to publication. Primarily I joined to associate with other writers and had no thought of self-publishing. Bad things about self-publishing still emanated from many in the traditional industry. Writers opted to self-publish because their work was not good enough to be published in the regular way. Self-publishers refused to learn and work within the industry.

Having read several self-published books, I strongly assert the first assumption is wrong. Dealing with the industry for several years to no avail, I believe the second idea is not factual either.

Still, self-publishing has drawbacks, including the writer paying to be published. Being (among other things) of Scottish ancestry, I am stereotypically cheap. I’d much rather see a big publisher pay to have my book printed and distributed than have the funds come out of my pocket. I did not warm to boxes of books cluttering up my basement and carting cartons around in my car trying to sell them at flea markets and swap meets.

But the face of self-publishing is changing with time. Recently, several firms have come into being which remove many of the traditional roadblocks associated with self-publishing.

In every unpublished writer’s life, a time comes when having one’s book out there, on the market, is more important than how it got there. As 2011 began, I came as close to making a New Year’s Resolution as I ever have. Come the Fourth of July, if I did not have a valid offer of representation or any express interest in publishing my book, I would do it myself. While I could have started to self-publish then, I wanted to allow an agent and an independent publisher looking at the work time to respond. I had also just queried another independent publisher whose submission window had just opened up and wanted time to see what might develop.

As Independence Day approached, I had not had any response from the agent and first independent publisher. Once fulfilling a request for pages from the second publisher, I had had no further correspondence. Thus, on the Fourth of July, I determined that I would indeed self-publish Beyond the Ocean’s Edge. A week later, I signed up with a self–publishing service company.

The next time Anne invites me to visit Author! Author! I’ll talk about some of the other factors that led to the decision to self-publish. Somewhat entangled therein is the process of figuring out which self-publishing service company I would choose to work with. I might also detail the process involved since signing on with that company and the progress we have made to this point. 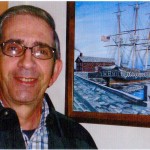 Dave spent his early childhood on a homestead forty-one miles outside Fairbanks, Alaska. In the lower forty-eight, television series such as Walt Disney’s The Swamp Fox kindled an interest in history ranging from the American Revolution through the War of 1812. Fascination with the later conflict grew when his grandfather gave him a drawing of Constitution made during the frigate’s visit to Puget Sound in the 1930s. Discovery of C. S. Forester’s Horatio Hornblower in high school solidified Dave’s interest in that era’s naval history.

He resides in Spokane, Washington with his wife Eva, daughter Jessica, a Quaker Parrot named He-lo, a corn snake called Teako, a 1962 Corvair Rampside pickup known as Tim, and a 1965 Corvair Monza coupe identified as Ralph. Patiently waiting to win the lotto or for his book(s) to become best sellers, Dave works in janitorial services with a local private club.

11 Replies to “The Decision to Self-Publish, by guest blogger D. Andrew McChesney”