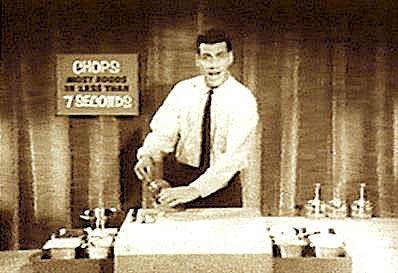 Are you surprised to see another post on first-page rejection reasons coming after I’ve already gone over the Idol list of red flags? What can I possibly still have to say on the subject, after nearly three weeks of harping upon it?

Plenty, as it turns out. As excellent and extensive as the agent-generated list was in its day, as full of classic submission problems as any such list could possibly be, the agents in question generated it a couple of years ago. As I’ve been shouting from the rooftops practically since I began writing this blog, the standards for what agents are seeking in a manuscript change all the time, along with the literary market itself.

Contrary to popular belief amongst aspiring writers, good writing, a solid premise, and catchy character names are not necessarily enough to catch an agent’s eye today. Yes, a novel or memoir submission typically needs all of those elements to be successful, but now as ever, it needs something else: to be a book that the agent can picture selling in within not an ideal market, but the one in which s/he is currently attempting to sell books.

Yes, I do realize what I just said: a manuscript could conceivably be perfectly marvelous and still not be what an agent would consider marketable in the literary market right now.

Why right now in particular? Well, agents have always made their living by selling their clients’ work to publishers — since reputable agents don’t charge fees over and above their contracted percentage of a book sale, they make money only when they hawk their clients’ books successfully — but even a cursory glance at PUBLISHERS WEEKLY or PUBLISHERS MARKETPLACE will tell you that these are exceptional times for the publishing industry.

How exceptional, you ask? Well, I don’t mean to alarm you, but PUBLISHERS WEEKLY laid off its editor-in-chief earlier this week. (You will be greatly missed, Sara Nelson.)

What does this mean for aspiring writers? Probably, that agents will be a bit warier about picking up new clients until the publishing houses decide what their new strategies will be. That, and that vampire books like the TWILIGHT series will continue to get snapped up at a prodigious rate until the next surprise bestseller comes along.

So the best thing you could possibly do right now is rush right out and buy 50 books similar to yours — and convince 100,000 of your friends to do the same. Like it or not, that’s now new marketing trends are made.

Since my readership is made up almost exclusively of writers, I’m going to go out on a limb here and assume that none of you like it.

I don’t pretend to be able to predict the next big thing — other than the novel I’m about to finish writing, of course — but there are a few trends in what gets rejected and accepted that I’ve noticed cropping with increasing frequency over the last year or so. Since once a pet peeve is established, it tends to hang around for a while on Millicent the agency screener’s red flag list, it’s probably a good idea to avoid them for the foreseeable future.

I know — kind of ironic, given how opaque the future of publishing is right now. Let’s plow ahead anyway. Some stuff that hasn’t been playing well lately:

I know that I harp on this one quite a bit — as evidence and for the benefit of readers new enough to this blog not to have lived through my extensive discussions of what publishing professionals expect manuscripts to look like, please see the HOW TO FORMAT A MANUSCRIPT and STANDARD FORMAT ILLUSTRATED categories on the category list at right — but it honestly is true that if a submission does not look professional, Millicent is more likely to reject it, regardless of the quality of the writing. Since the volume of queries and submissions has been skyrocketing as the economy has worsened (writing a book is a LOT of people’s Plan B, apparently), she can afford to be even pickier than usual.

Take the time to make it look right.

This is a practically inevitable side effect of the aforementioned volume of queries and submissions rising, but standard storylines, stock characters, and literary clichés in general seem to be getting judged more harshly of late, probably because Millicent has been seeing the same things over and over again.

Does this mean that this is a great time for writers who embrace radical originality. Not exactly, because…

This is one of the truisms of the publishing industry for the last century — during uncertain economic times, comforting and escapist plot lines tend to sell better. Unfortunate, but true. It has to do with what’s known as the Peanut Butter and Jelly Index: when Americans are feeling insecure about the future, sales of inexpensive comfort foods tend to rise — as do books that make readers all warm and fuzzy.

In light of the recent revelations about certain peanut butter manufacturers, it might be more accurate to call this the Oreo or Top Ramen index right now, but you catch my drift.

Historically, agents and editors have followed these trends, shying away from more challenging plot lines, unusual worldviews, and even experimental use of prose. Since I’m personally a big fan of challenging plot lines, unusual worldviews, and experimental use of prose, I’m not all too happy about this, but it might be worth holding off on submitting any of the above for a few months, until the industry has had time to get used to new economic realities.

I’ve been hearing a LOT of complaints in that bar that’s never more than a 100 yards from any literary conference in North America about submissions from writers who don’t seem aware of either the target audience or the conventions of the categories in which they have written books. From coast to coast, Millicents and their bosses have been railing about YA with too-adult word choices, literary fiction with a fourth-grade vocabulary, and cynical romances.

I suspect that the increased pervasiveness of this one is actually an expression of the publishing industry’s smoldering resentment that book sales have dropped; if the writers of these books were actually buying the new releases in their genres, the logic goes, they would be more conversant with what’s selling right now. Having met scads of writers who say, “What do you mean, what do I read? I don’t have time; I’m too busy writing,” I have to say, I have some sympathy with this one.

Remember, from the industry’s point of view, a writer’s being up on the current releases for her type of book is considered a minimum standard of professionalism, not an optional extra. At least take the time to go to a well-stocked bookstore and thumb through the recent releases, to make sure that your submission doesn’t fly too far out of the acceptable range.

5. Narrative voices that read as though the author has swallowed a dictionary.

This is a perennial complaint that’s been getting more play recently, probably because of the convenience of the Thesaurus function in Word, but for Millicent, a submission crammed with what used to be called three-dollar words does not necessarily read as more literate than one that relies upon simpler ones. Yes, I know that English is a beautiful language crammed to the gills with fabulous words, but use that thesaurus sparingly: from a professional reader’s point of view, the line between erudite and pretentious can sometimes be pretty thin.

Few readers, they argue, will actually stop reading in order to go and look up a word in a novel written in their native tongue. They speak from personal experience: it’s something Millicent would literally never do while scanning the first few pages of a submission.

Here again, your best guideline is the current market for your type of book: generally speaking, a writer will always be safe sticking to the vocabulary level of recent releases in his book category. If you want to sneak in more obscure words here and there, make sure that their meaning is evident from context.

Trust me on this one.

Perhaps it’s due to the major presidential candidates’ having employed speechwriters this time around who wrote better jokes for them, but in the last couple of years, more aspiring writers seem to be trying to incorporate humor into their work. Since genuinely funny writing is a rare and wonderful thing, I can only applaud this trend.

Just make sure that it’s actually funny before you submit it on the page — not just to you and your kith and kin, but to someone who has never met you and is from a completely different background. And no, having one character laugh at a joke another character has just made will not cause Millicent to find it humorous.

And remember, nothing dates a manuscript faster than borrowing a joke from the zeitgeist. Particularly if the joke in question is lifted from a sitcom.

If you choose to open with humor, run it by a few good, unbiased first readers before submitting it. Since even those of us who write comedy professionally are heavily reliant on reader reaction to determine what is and is not legitimately funny, I’m going to spend some time next week talking about how to scare up some genuinely useful feedback.

This is another golden oldie that’s been cropping up with increasing frequency of late: it’s long been an industry truism that if the reader doesn’t find the protagonist likable, she’s not going to want to follow him through an entire book. And I don’t just mean finding him kind of tolerable; Millicent’s going to want to find the guy actively engaging.

Why might this perennial objection be flying out of Millicent’s mouth more often recently, you ask? Did you read that one above about the Peanut Butter and Jelly Index?

I can think of a few more long-standing writing red flags that didn’t make it onto the Idol list — over-use of the passive voice, for instance, or dialogue that doesn’t either flesh out character or advance the plot — but I shall save those for the craft discussion of another day. (Which is, I suppose, another way of saying that I’ve had a long day and I’m pretty exhausted.)

Begin at the beginning, as a reader would, when you revise. Your time investment will bear the greatest returns there.

I’m going to sign off for today and go to sleep, but rest assured, I have a treat in store for you tomorrow, as a reward for having worked hard throughout this lengthy and often downright depressing series. Until tomorrow, then, keep up the good work!