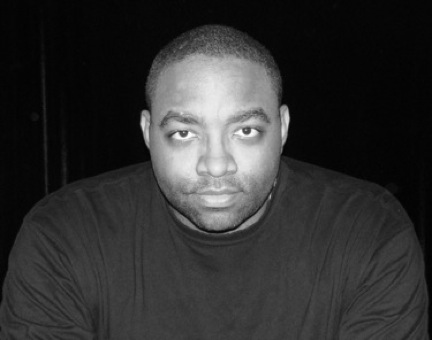 You might want to remember that name; I suspect that you’re going to be seeing it grace bookshelves in the not-too-distant future.

I could go on and on about why this entry captured the judges’ hearts in the face of some quite stiff competition, but since part of the purpose of the contest was to help bring new writers’ work to a larger audience, I’m going to get out of the way and let his words speak for themselves. So please join me in giving a big Author! Author! welcome to a very talented up-and-coming writer, F. Gerard Jefferson.

Take it away, Gerard!

I’m black but I don’t wear it on my sleeve. With a post-racial president in the White House it’s not the chic thing to do anyway but inevitably when I write, query, do all of those decidedly non-author tasks like considering audience and marketing, I find myself at an all too familiar fork in the path — a choice between what I think is acceptable for a writer of my genus-blind talents and what the publishing and literary magnates are slobbering (or, more often, not slobbering for) from a writer like me. I make a choice between the branches because I have to, going with my gut. Not surprisingly, I write to match.

In addition to my race, I’m also the gambling sort who often mistakes his recklessness for confidence, but I feel neither reckless nor over-confident by claiming a fraternity among authors. Authorship is a solitary path but far from peculiar. If you’re reading this then surely at some point in your journey you’ve come to a similar fork in the path — you’ve made a choice. We all have. Maybe you recognized when it happened and maybe you didn’t, but the capital A Author you dreamed of being as a child and the adjective author you’ve become as an adult are two separate authors altogether. Be it romance, sci-fi, black, [fill in the blank with whatever your group is, italics please], or, for the special major among us with many affiliations, MFAs (multiple flouncing adjectives) — whatever the case may be we are a family so lost in the winding forest of specialization and genre and the subtle censorship it employs that our readers need prescriptive directions on how to find us. Conversely, despite all that flouncing, the adjectives make us that much easier to ignore.

The reasons for this I will leave for an anthropologist to explain (perhaps from the fossilized remains of another unheard traveler who has died along the way) but I recall a famous adage about authors striving to remove themselves from story. This guides my decision at the fork but presents a dilemma when art meets market and the gatekeeper at the conference is saying, “The writing’s beautiful, but [your group]… they don’t necessarily constitute a book-buying majority, do they?”, and I’m saying, stifling my anger because what I’ve written has implications beyond the group(s) I nominally represent, “How do you know that?”, and they’re replying, definitively, “BookScan, of course. Seventy percent of all hard cover book sales.”

When you’re faced with that kind of irredactable evidence of what the market will support how do forget about the MFA author that you’ve become? And how do I, when the black, male, married without children, thirty-one year old cheese grits lover that I am says so much about what I should be writing, and what I shouldn’t?

I am, of course, being facetious about BookScan and any other self-corroborating market analysis that willfully ignores the chicken-or-the-egg paradoxes their numbers represent. That’s a mouthful so allow me to translate: self-doubt’s a predator in these here woods, and if I spent my energy viewing the future from an outpost constructed from the past I would’ve succumbed to the nighttime caterwauls and weariness a long time ago. Instead I prefer to believe in a different future, a different world where possibility, even in publishing, is not restricted to those things that can be plotted on a moving average trend chart. I prefer to be as delusional in my belief as the gatekeepers are willfully ignorant and trusting in their data. I prefer, in short, to believe in truth that is stranger than fiction.

Just the same, though, as any unpublished author is told to do, I pay attention to national and regional bestsellers lists, and stay abreast of deal making through Publishers Marketplace. I read the bets that are being made by independent and major bookies alike; I recognize the regurgitation of theme and plot and an infatuation among many for old stories newly told. I’ve become aware through observation of something I never expected when I was learning to read with Dick and Jane — storytelling as the original green industry.

And I have my moments of weakness. Gatekeepers want comparables so they can link historical data and establish precedence, but book and author are inseparable entities. My novel can be similar to another but I have yet to find an author whose passion for cheese grits matches my own, and that difference (among others) invalidates the comparison, and possibly the sell. Not so in post-racial America, you say, but I’ve been told fiction is a subjective category, and in matters of subjectivity I have to wonder when and where the data parsing stops.

Which makes me linger occasionally at the fork in the road when most of the time the choice is unconscious. There’s a way to end this interminable wandering, a novel I could write. I see pieces of it through the undergrowth down the other path, the byproduct of scientific prognostication and market-savvy adjective art run amuck: Ralph Ellison’s Invisible Man…with fangs.

This high concept novel may be self-explanatory but allow me to translate anyway: are you telling me in this perilous market climate that some literary honcho wouldn’t clear his or her schedule to read about a teenage, 1930s vampire in an inter-racial relationship (meticulously researched, of course) whose need for blood is just as conflicting as his need for social justice? Is that your stance?

Wait. Before you answer, someone in the peanut gallery just keeled over from The Wiz revulsion. For those who don’t know, The Wiz revulsion is a gag response brought on by an acute sense of entertainment embarrassment that makes your unprocessed food want to get on down get on down the road…

But I’ve lingered at the fork too long. In truth, the shunned path is neither commonplace nor unremarkable and it’s a lazy man’s game classifying it as such — it’s a personal choice. Like everything else in these woods the difference between something familiar and something merely cliché is subjective. I, like every other traveler, must make that distinction and I’ve made it, following a creative process the US Banking system could’ve benefited from, booking my value as an artist on my ability to be original rather than derivative, an A Author rather than a MFA author. Oh that I have chosen wisely and there is a sigh in this for me somewhere ages hence. I don’t know that there is — I don’t know if there can be. I have a feeling, though, that if there is, I’ll rejigger the facts in hindsight à la BookScan and say my choice made all the difference. 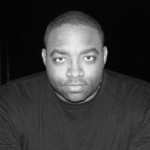 According to family lore, F. Gerard Jefferson’s claim of “always wanting to be a writer” dates back to kindergarten when, after the first day, he came home upset because he still couldn’t read. He would follow a more traditional arc after this — writing for enjoyment in spiral notebooks, becoming yearbook editor his senior year in high school, fleeing the craft because of the sobering fiscal realities of becoming an artist — but the “I still can’t read!” episode is, by far, the most telling expression for the ambition that defines F. Gerard Jefferson’s life and, hopefully, his writing.

After a five-year hiatus in college mastering electromagnetism, thermodynamics, and other logical pursuits with guaranteed earning potential, F. Gerard Jefferson returned to language arts in 2002 to recover a missing part of his soul. In addition to winning an Author! Author! Expressive Excellence Award, he was also recently honorable mention in the Obama Millennium Awards competition in New Millennium Writings. He lives north of his native Georgia in Cleveland, Tennessee with his wife and is working on a soft science fiction novelization of “The Road Not Taken.”