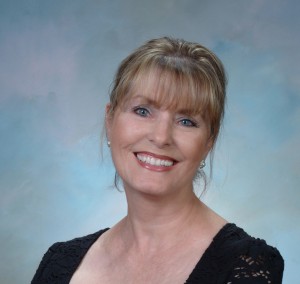 A blogger herself, as well as a Citizen Reporter at the Huffington Post, Auburn’s name is far from unknown here at Author! Author! She’s a regular, enthusiastic, and thoughtful commenter — behavior we like to encourage around here.

I’m especially tickled to bring you her first place entry, because she was one of the few entrants brave enough to take me at my word and submit a short story, rather than an essay. I think you’ll enjoy the results.

Take it away, Auburn!

Cecile Martine was fixed on two thoughts as she sucked in her final breath: Darn that person for walking on my clean floor and How could I have missed that huge dust bunny behind the toilet?

She’d always heard that one’s final moments are splendid with golden light and an instantaneous remembrance of every detail from the moment of one’s birth. Apparently, that was not so. Cecile was disappointed to be denied her life’s account. She’d always wanted to tick off those events and qualities that shaped her as a woman. A simple woman. One who could locate the tiny curl of pleasure that resides in the gleam of another woman’s silverware, one who noticed every errant speck of dust.

She had once written an article that outlined how home had an influence which was stronger than death. It was a law to the heart, binding its occupants with a spell which neither time nor change could break; the darkest villainies which disgraced humanity could not neutralize it.

After one trembling attempt to publish that smartly-written article in the Monthly Home Manager’s Guide, Cecile disappointedly gave up writing. Holding up a rejection letter as proof of her ineptitude, she vowed from that moment on to concentrate on improving the only thing left — cleaning for others. She anointed herself a Home Management Professional, although the fancy title didn’t change the fact that someone didn’t love her writing, that someone didn’t think the title, “Home Doctoring for the Modern Age” would contain a compelling read.

Now, more than anything, Cecile wanted her final accounting. She wanted to know that, although she’d lived a hard life and that she’d failed to capture that one magazine editor’s imagination, she was nonetheless a glorious writer living a peasant’s life. It wasn’t fair that she turned out a simple cleaning woman, dying on a bathroom floor, with a dust bunny peering back at her from behind the toilet.

Somehow, though, a smile tilted the corners of her lips. She found the one glad and notable thing within that moment; a small, yet unnerving sound that wound into the dark whorls of her rapidly closing ears—the tiny squeak of rubber soles on a still-damp floor. With gleaming eyes, she saw a man’s dark silhouette retreating from the bathroom, leaving her to the beauty of knowing that, in the end, she’d not failed as a cleaning woman. Perhaps, yes, she’d failed as a writer. Certainly, she’d failed to perform the next thing on her list — polishing Mrs. Connor’s silverware to an everlasting glint.

Still, she’d not failed as a Home Doctor.

Alone now, Cecile crumpled to the floor. She lay on her right side, one hand under her cheek, the other across her thigh. Her fingers — splayed open like a fluttering opera fan — seemed the only indication of her physical agony. She felt as if she were falling, sinking, being crushed by a great weight. Stupid, stupid, stupid, Cecile thought. Any first rate housekeeper knows one never mixes bleach and ammonia in the same container. Even a beginner is aware of this obvious fact. My goodness, she’d even written that fact in her article — the one turned down by that editor. How ironic can this be? Killed by a warning that was never published.

Her breath was ragged now; not much left of it. She wanted to push herself high upon her elbows, to rise above that gaseous, noxious mixture that was draining the life from her. But the burning in her nose, her throat, her lungs, was more than she could bear. Her body reacted by flooding her lungs with moisture. She was drowning in her own fluids. Cecile opened and closed her eyes, wondering if the next time she opened them, they would find a different sight. A sight of loveliness. Something she could hold onto, something that would carry her through this concrete moment. But the blink of her eyes didn’t make the horror any different. There was no question that she was on a bathroom floor, chlorine gas rising from a plastic mop bucket, her life slowly and exquisitely leaving her body.

She hadn’t expected to die today, but she was ready. Lord knows life hadn’t been easy. What with her husband, Darrell, and all and his heavy-handed ways, her father’s recent passing, her mother so close to death as well. Certainly, Cecile knew the fragility of life more than anyone. She simply didn’t know that today was her day to be fragile.

Her elbows slid downward on the wet, sticky floor.

It was such a pity that today was the day to die, because with her mother’s impending death, Cecile would finally have been rewarded for all her years of hard work, endless days of sore knees and reddened hands; her lifetime of serving others. She would have enjoyed an inheritance that far surpassed anything she ever needed. She didn’t even mind sharing it with Darrell. Of course, that all meant nothing now as her last, wild inhalation was nothing more than a faint whisper.

On the still-damp bathroom floor, Cecile seemed to alternate between pain and pleasure, pride and disenchantment. She felt as if she’d been tossed into a diminishing wintry night’s fire without enough fuel left to continue flying its red sparks skyward. Her body’s warmth was pulled into the cool of the room, beginning with her feet and hands, spreading slowly until the cold reached the core of her heart.

Oh, thank the heavenly stars, Cecile thought as her eyes turned blank and blood began to pool on the underside of her body. Yes, thank the heavenly stars she’d been a rejected writer. Who knows what would have happened had she sent out another query letter? Had she been published, she might never have turned to the womanly art of cleanliness. She never would have found honor as a Home Management Professional.

She never would have noticed that dust bunny floating in the breeze of her last breath. 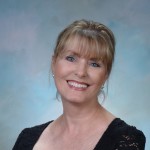 Auburn McCanta is a Pacific Northwest girl gone south. After growing up literally surrounded by her mother’s prized Portland roses, McCanta now lives in Phoenix with her husband, one Golden Retriever and one impossible Labradoodle. She’s become accustomed to the Sonoran Desert with its occasional neighborhood coyote and scorpion rout.

After the 1994 removal of a sizeable brain tumor, McCanta found writing as a source of therapy. Her early work appeared in Cruising World, Hobie Hotline, California Cat, as well as the Sacramento Bee and Arizona Republic newspapers. Much to her amusement, McCanta’s first work of full-length fiction received a fourth place award from the National Writers Association. In 2007, her second novel was a Pacific Northwest Writers Association literary finalist. She was honored in 2008 with a third place award for poetry by PNWA.

Prior to last year’s presidential election, McCanta was selected from thousands of hopefuls by Huffington Post to serve as a Citizen Journalist. She continues to regularly write for HuffingtonPost.com. She also blogs at DancingBirds.com.

When not writing or undergoing yet another surgery, McCanta enjoys the tradition of her distant Irish heritage by eating potatoes.